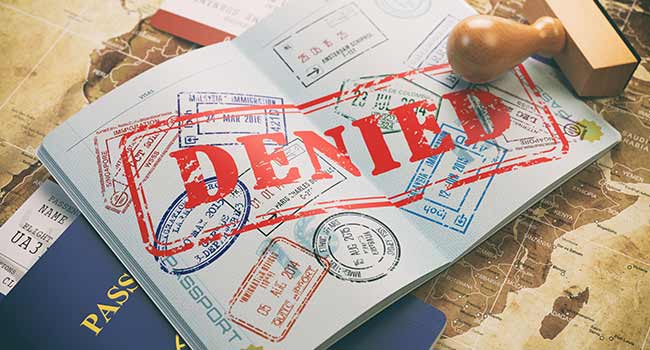 A Kenyan family has decried  what it says is inhumane treatment after its members were denied visas to enable them to bury their dead mother in the United States.

Martin Muguku and Maina Muguku had their applications for visas rejected after they sought to fly to the US to bury their mother, Ms Jane Wambui Muguku, 74, who died on December 30, 2020, after a long illness.

The Standard Newspaper, a Kenyan daily, reported that Ms Wambui was diagnosed with myelodysplastic syndrome, a type of blood cancer in 2018, but lost the fight at the dusk of 2020.

Their children had hoped that they would be afforded an opportunity to see their mother for the last time after being separated for nearly two decades. They were however denied visas by the US Embassy in Nairobi.

Wambui’s children Martin, Maina, Charles, Irene along with their aunt and a sister in law applied for visas and paid the non-refundable Ksh17600 fee each. But despite their seemingly reasonable application, they were all rejected.

“We are feeling the pain because we are not going for pleasure, we are going to lay our mother to rest. We are in business, so we don’t have reason to stay in the US. We just wanted a two-week visa to bury our mother and come back because we have not seen her for the last 19 years. None of us wanted to go settle there,” Maina stated.

“They didn’t ask for any document. They just interviewed us. They asked who would pay for my ticket, what I do for a living and the reason for travel, the cost of the ticket and whether we have relatives in the US. Those were the common questions,” Martin recalled.

Ms Wambui immigrated to the US in 2001 and was joined by her husband, John Muguku a year later. The two settled in Seattle Washington and since became citizens.

The two believe that if they had been asked to provide supporting documents, then it would have compelled the consular into issuing them visas.

They alleged that the embassy simply responded to their applications, stating that they were not qualified, and none of the six was granted a visa.

The rejection by the embassy was despite documentation of Wambui’s death and burial plans in a letter addressed to the consular by the director of the funeral home where she is being preserved and another letter by the Congress representative for Seattle Derek Kilmer.

The embassy, in response, alleged that the kin had not provided proof to show they would return to the country after travelling to the US. The embassy thus urged them to make another application, should they feel so, and provide adequate reason for travel.

“You have not demonstrated that you have the ties that will compel you to return to your home country after your travel to the United States. Today’s decision cannot be appealed. However, you may feel free to reapply at any time.

The kin expressed their disgust at the handling of the matter, alleging it is inhumane for the embassy to deny their application to bury their mother.

READ ALSO  Explained: Why all Kenyans flying into the US must show Negative Covid-19 certificates

Maina expressed his displeasure at the turn of events, stating that they would now be forced to settle for a virtual burial ceremony.

A third of Nairobians have had Covid-19 – Study