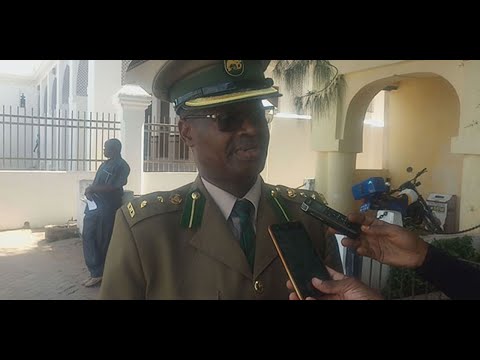 Two people were killed while five others were injured by stray buffaloes in Lamu County.

Mr Murimi met his death on his way to a neighbour’s house while Mr Kisakeni was taking a stroll on his farm.

The deaths come even as KWS in Lamu announced that it had identified at least five areas that have become hotspots for human-wildlife conflict in the region.

Apart from Mikinduni and Widho, other areas are Witu, Mkunumbi, Majembeni and some parts of Hindi division, particularly those bordering the Boni forest.

Mr Mwavita admitted that human-wildlife conflict has been on the rise in Lamu in recent times, adding that the situation was made worse by the ongoing drought.

He said they expected more cases in Lamu as thousands of wildlife continue to migrate to the region as the drought persists.

“Hundreds of wildlife, especially buffaloes have migrated from Tana River and Garissa to Lamu in search of water and pasture.

They are now competing with livestock and humans as they seek to quench thirst in the few available water sources. It’s unfortunate deaths and injuries have begun to be witnessed,” said Mr Mwavita.

He advised locals to stay away from the bush and forests to avoid being attacked.

To address the situation, KWS in coordination with other conservation organisations in the region, was creating water pans that would be used by wild animals during this dry season.

“I directed my rangers to identify strategic places where we can establish water pans specifically for the wild animals as we try to curb the increased human-wildlife conflicts,” he said.

Residents in drought-stricken areas of Lamu County interviewed by the Nation raised concerns about the ever-increasing cases of wild animals, noting that some are even migrating to residential areas in search of water as famine bites.

Peter Mwaura, a senior headman in Hindi reported huge losses on farms after their crops were destroyed by the marauding animals.

Mr Mwaura accused KWS of laxity in containing the animals that continue to wreak havoc in the remote villages.

The headman complained that his people in Roka-Kibiboni, Bobo, Sabasaba and other villages are living in fear of being attacked by roaming buffaloes, hippos and sometimes lions.

“These animals become more daring and vicious, especially at night. They are all over. We are so scared we don’t step out at night. Something needs to be done urgently,” said Mr Mwaura.Mary Wanjiru, a farmer in Roka-Kibiboni, said four acres of her crops were all destroyed by buffaloes.

Ms Wanjiru wants a permanent solution found for human-wildlife conflicts in Lamu considering the situation keeps repeating itself.She also asked the ministry in charge to compensate all those whose relatives have been killed or injured by wildlife and those whose property has been destroyed by the animals.

“We have suffered huge losses. I urge the Cabinet secretary for Tourism and Wildlife Najib Balala to come to Lamu, sit with us and chart a way forward on how to bring a permanent solution to this problem. We’re tired,” said Ms Wanjiru.