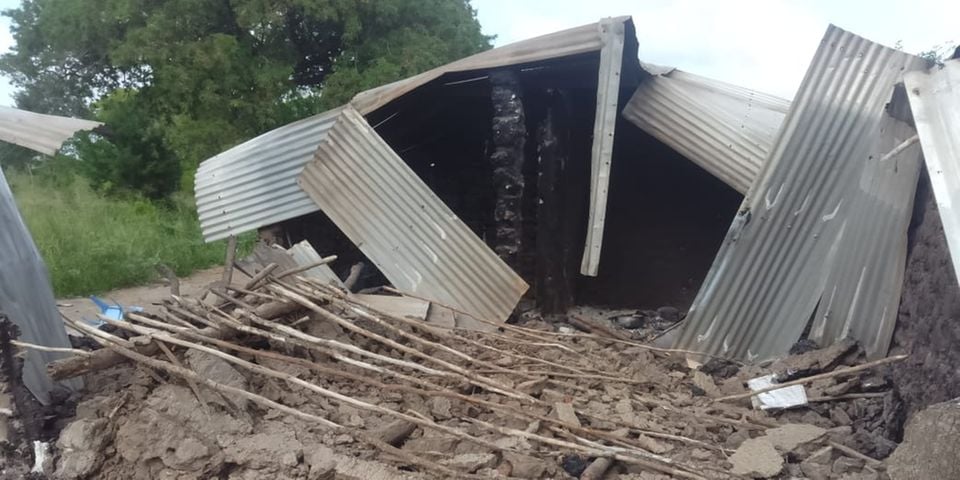 At a suspected Al-Shabaab attack in Taa Village, close to Pandanguo in Witu Division, Lamu West, two individuals were killed, and a house was set on fire.

Around 8 o’clock on Sunday night, eight armed extremists dressed in military garb are claimed to have planned the attack.

Mwanza Ali Nyae, 35, and Rai Bingo Rumba, 30, were killed, according to Taa Village headman Kennedy Luchu Wabwire who spoke to Nation.Africa on the site.

The house torched belongs to a National Police Reservist (NPR), Kahindi Mangi,50, who was also present during the time of the attack but managed to escape.

“There is tension here at the moment. Two people, all men, have been killed. One of them was tied on the hands from behind before he was shot in the head. The other one was also gunned down as he tried to escape. Bodies are here with us. They are yet to be removed by police who have already arrived at the scene,” said Mr Wabwire.

The NPR- Mr. Mangi, 50, thanked God for allowing him to survive the nighttime attack unharmed.

According to Mr. Mangi’s account to The Nation, he initially noticed an eight-person group dressed in military and police uniforms. Others wore chest guards and helmets.

“I asked them who they were but they didn’t respond. I shot in the air to scare them. They were undeterred. They surrounded my house. So, I escaped and hid on a maize farm nearby. They torched my house and everything that was inside, including my two motorcycles before they vacated the place,” said Mr Mangi.