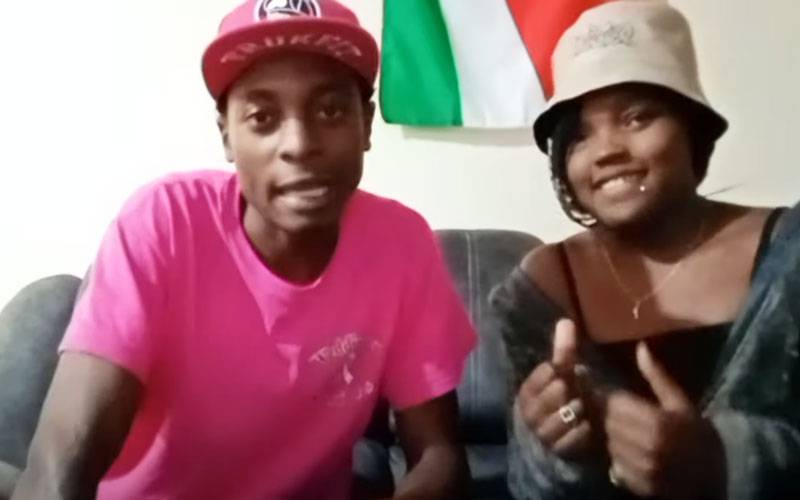 Police are investigating two possible reasons for the murder of a young couple from Umoja, Nairobi on Saturday, November 6.

Eric Maina Njeri and Leila Truphena were found with stab wounds in different parts of their bodies in their two-bedroom apartment in Zone Eight estate. The partners also had their hands tied at the back.

It remains unclear why the couple was killed, but The Standard understands that police have zeroed in on two possible theories – robbery and business rivalry.

Directorate of Criminal Investigations (DCI) detectives have established that Maina and Leila arrived home at 9pm on Saturday in the company of two men.

The couples decomposing bodies were found on the night of Monday, November 8, inside their Umoja Estate house. This was after they had gone for days without being seen.

According to tweets by the Directorate of Criminal Investigations (DCI), the search for the two by the young man’s grandfather started after their mobile phones went unanswered for days.

“The 18-year-old’s guardian from Seychelles who’s been paying their rent and occasionally stayed with them at Hse no. 11 plot 1450 of the Umoja Zone 8 houses had also attempted calls that were not answered. This triggered the grandfather to show up at his kin’s door, only to be met by a foul smell emanating from the inside of a locked door. The door had been locked from outside using a padlock. Amid despondency and prayer that the worst had not happened to his grandson, the grandfather alerted Buruburu police,who arrived immediately and gained entry,” DCI tweeted.

“Signs of vehement struggle at the living room and a bloody floor across a corridor leading to the restroom and the bedroom left responders mouth agape,” DCI tweeted.