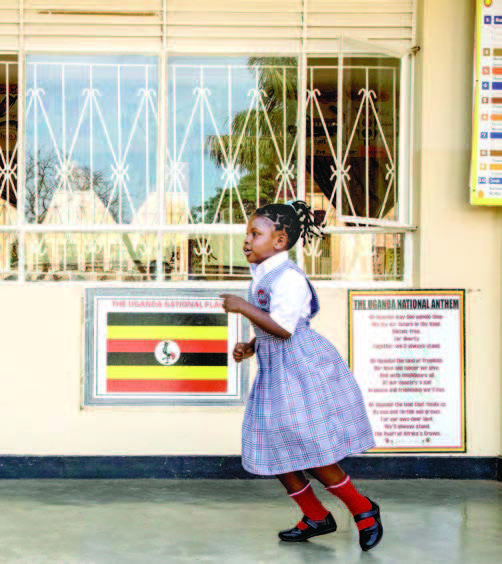 Uganda has ended the world’s longest school closure, ordering millions of learners back to class fter a gap of nearly two years.

Some 15 million pupils have not attended school in Uganda since March 2020 when classrooms were shuttered as Covid-19 swept the world.

Education Minister John Muyingo said all students would automatically resume classes a year above where they left off.

“All schools have implemented guidelines and standard operating procedures to ensure the safe return of children to schools, and measures have been put in place to ensure those who don’t comply do so,” he told the AFP news agency.

Muyingo said any private schools demanding fees above pre-pandemic rates would be sanctioned.

Ugandan President Yoweri Museveni lifted the bulk of Covid-19-related restrictions in the country in September last year, but he left schools shuttered.

He announced in October last year that schools would reopen early next year regardless of the vaccination uptake, which is currently low.

The rush to return children to school clogged traffic in the capital Kampala on Monday.

Child rights groups had criticised Uganda’s decision to keep schools fully or partially shuttered for 83 weeks, longer than anywhere else in the world.

Uganda has recorded 153,762 cases of Covid-19 and 3,339 deaths, according to the latest government figures issued on January 7.

Ugandans have shown reluctance to get jabbed so far despite President Museveni stating that “right now 4.7 million vaccines” are available with a further 23 million doses expected by the end of the year.

Students who took up manual jobs to support their families through the pandemic and may not return to education. Other students worry they may never catch up on the school work they have missed.

During the pandemic, many schoolaged boys entered the child labour market to work in mining, street vending and sugarcane planting.

For those students who have not accessed any form of studying during the pandemic, the curriculum will be abridged to focus on core areas and give them a chance to catch up.

Lessons were already underway at some schools I visited on Monday morning while at others, students were still cleaning classrooms and re-organising their desks. Others were still registering with the school administration.

Boarding school students in Kampala and the nearby districts will start throughout the week, to avoid congestion on public transport.

Kambua: Losing my second baby hurt more than the death of my parent