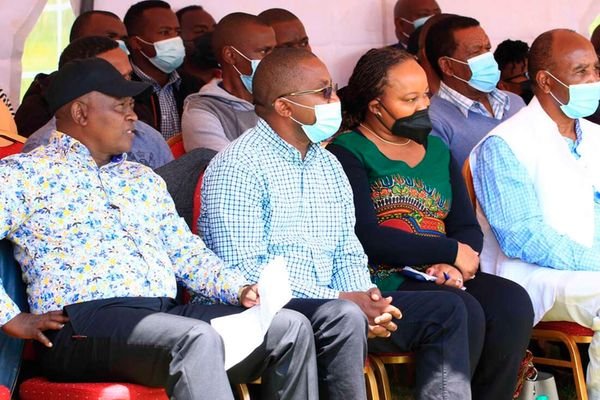 A section of Mt Kenya leaders, including seven governors and a Cabinet secretary, have proposed that the region fronts a presidential candidate in the 2022 General Election.

Citing its high number of voters, they stated that there is no political deal or agreement anywhere limiting the region to a presidential running mate next year or not fielding one at all, adding that they would stick together and speak in one voice.

Mt Kenya has been politically restless, with President Uhuru Kenyatta’s stranglehold on the region’s politics leaving no room for a possible heir apparent.

Out of the meeting, it also emerged that the next few months would be decisive for the President in firming up national succession plans and strengthening his grip on Mt Kenya.

The leaders spoke at Lusoi Lodge in Nyeri County on Saturday during a meeting to plot President Kenyatta’s succession and to unite his supporters amid the vicious power struggle climaxing in Mt Kenya.

They were emphatic that the people of Mt Kenya must be allowed to exercise their democratic right to elect the leaders they want and no one should be imposed on them.

Their assertion is a contradiction to President Kenyatta, who in January hinted at the possibility of backing his successor from outside the Kikuyu and Kalenjin communities.

However, while their proposal has the potential of causing sharp political divisions across the country as the region has produced three of the country’s four presidents, the group which also included former MPs and aspirants as well as elders, said they will be meeting to increase their bargaining power in the 2022 arithmetic.

The announcement promises to change the course of the country’s politics in the next few days. The leaders vowed not to allow anyone to divide the region, and warned that their numbers should not be taken for granted by those seeking higher offices next year.

They agreed that the region’s leaders should be free to compete against other candidates and that the next President should be elected on the basis of the agenda he will sell to Kenyans.

“We shall reach out to our brothers and sisters so that we can have a complete team and approach the next election based on our interests as Mt Kenya. Those from the region with political ambitions, there is no crime we encourage you. Go out there, speak your policies and agenda so that we will pick the best of whoever comes after that,” read a resolution announced by Governor Kinyanjui.