Uhuru invited by Biden to Exclusive US Summit 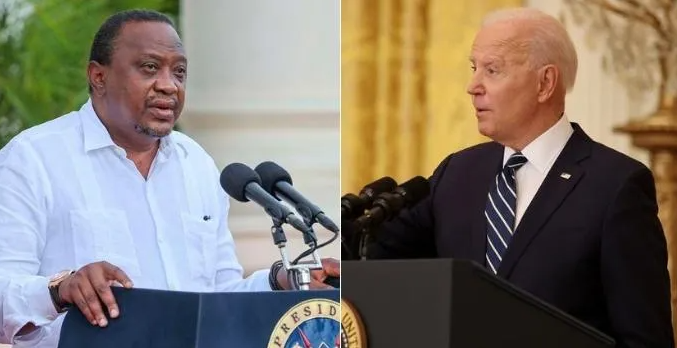 US President Joe Biden has invited President Uhuru Kenyatta to an exclusive world leaders meeting that will take place between Thursday, April 22 and Friday, April 23.

Uhuru is among the 40 world leaders invited to the Leaders Summit on Climate which will be live-streamed for public viewing. The meeting is aligned with Biden’s quest and push for green energy and conservation of the environment.

After his inauguration ceremony, the 46th US President signed America back into the Paris Agreement, an accord former President Donald Trump had terminated. On January 27, he announced that he would soon convene a leaders summit to galvanize efforts by the major economies to tackle the climate crisis. 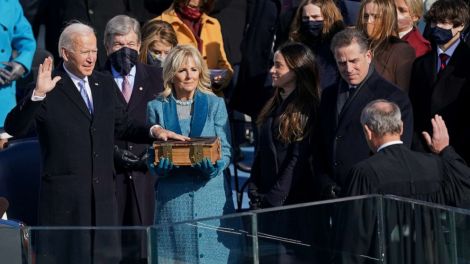 US President Joe Biden (left) during his inauguration on January 20, 2021.
ABC NEWS

Biden invited the heads of other countries that are demonstrating strong climate leadership, are especially vulnerable to climate impacts, or are charting innovative pathways to a net-zero economy.

Some business and civil society leaders will also participate in the Summit. Biden urged the leaders to use the summit as an opportunity to outline how their countries also will contribute to stronger climate ambition.

The Summit will reconvene the U.S.-led Major Economies Forum on Energy and Climate, which brings together 17 countries responsible for approximately 80 percent of global emissions and global GDP.

“In recent years, scientists have underscored the need to limit planetary warming to 1.5 degrees Celsius in order to stave off the worst impacts of climate change. The Leaders Summit on Climate will underscore the urgency – and the economic benefits – of stronger climate action.  It will be a key milestone on the road to the United Nations Climate Change Conference (COP26) this November in Glasgow,” the White House said in a statement released on Friday, March 26.

A key goal of both the Leaders Summit and COP26 will be to catalyze efforts that keep that 1.5-degree goal within reach. The Summit will also highlight examples of how enhanced climate ambition will create good-paying jobs, advance innovative technologies, and help vulnerable countries adapt to climate impacts.

The key themes of the Summit will include Galvanizing efforts by the world’s major economies to reduce emissions during this critical decade to keep a limit to warming of 1.5 degree Celsius within reach. Mobilizing public and private sector finance to drive the net-zero transition and to help vulnerable countries cope with climate impacts.

Job creation, and the importance of ensuring all communities and workers benefit from the transition to a new clean energy economy. 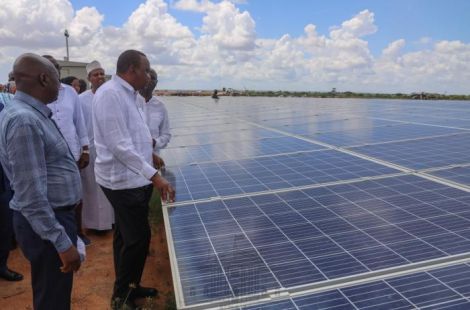 Spurring transformational technologies that can help reduce emissions and adapt to climate change, while also creating enormous new economic opportunities and building the industries of the future. Showcasing subnational and non-state actors that are committed to green recovery and an equitable vision for limiting warming to 1.5 degree Celsius, and are working closely with national governments to advance ambition and resilience.

Discussing opportunities to strengthen capacity to protect lives and livelihoods from the impacts of climate change, address the global security challenges posed by climate change and the impact on readiness, and address the role of nature-based solutions in achieving net-zero by 2050 goals.

Uhuru has been a champion of clean energy, with Kenya owning the biggest solar generation plant – the Ksh 13 billion China-funded Garissa Plant where more than 200,000 PV panels produce 50MW.

In 2020 Kenya was ranked seventh globally in the production of geothermal power across the globe. The rankings were reflected in the Renewable Capacity Statistics 2020. Renewables already provide more than 93% of Kenya’s electricity and President Uhuru Kenyatta’s government plans to expand it further and make it accessible to every Kenyan by 2022.