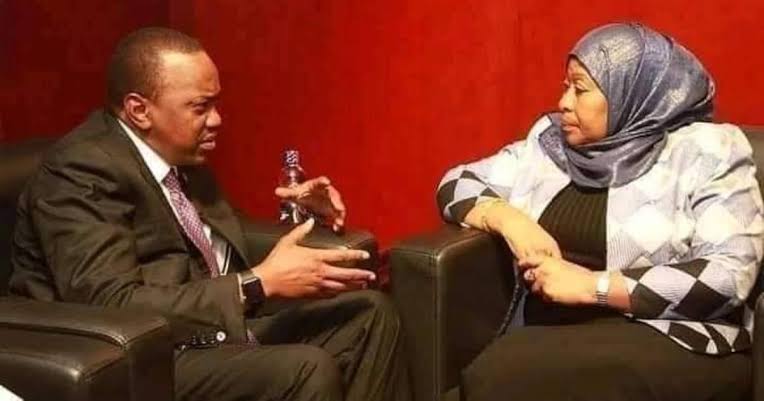 The Head of State on Saturday, April 10 sent Sports CS Amina Mohamed to Tanzania to formally deliver his invite to Suluhu.

“Today, President Suluhu has received a special delegation from the President of the Republic of Kenya, led by Sports minister Amb. Amina Mohamed.”

The meeting came amid a strained relationship between the two East African neighbours.

“President Kenyatta has assured President Suluhu of Kenya’s commitment to cooperate with Tanzania for the betterment of the two nations,” said Msigwa.

Suluhu said her Government was ready to resolve all the differences that Tanzania has with Kenya.