Uhuru set to 'spill beans' on the exact reason he fell out with his deputy, Ruto 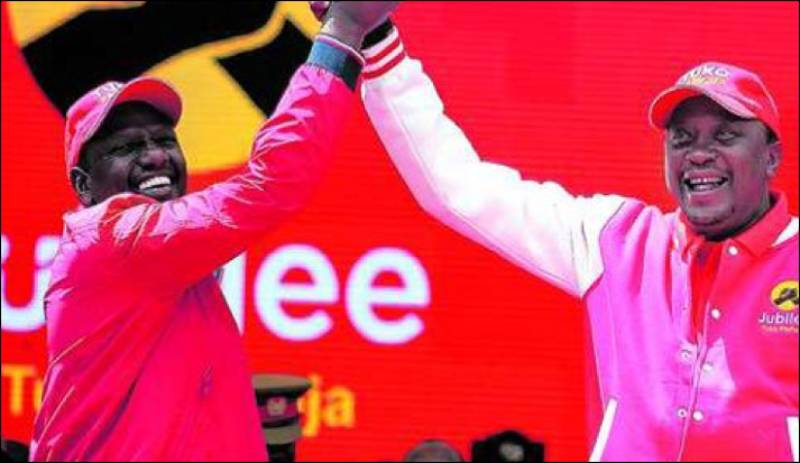 This coming week, President Uhuru Kenyatta is expected to lay bare the real reason he fell out with his deputy William Ruto.

During a much-anticipated meeting at the Sagana State Lodge, which will be the first political engagement in the region after announcing he is ready to play an active role in his succession, Kenyatta is expected to be categorical on why he has chosen ODM’s Raila Odinga – his erstwhile political nemesis – over Mr Ruto, with whom he seemed to hitherto have good chemistry.

He is expected to “spill the beans” on why he fell out with his deputy William Ruto and why he believes the DP should not be entrusted with leadership after working with him for two terms.

Analysts say that meeting is likely to change the geopolitical landscape as Uhuru seeks to stamp his political influence.
Last year, he said anyone who wants to visit the region should go through him.
Uhuru’s die-hard supporters say Uhuru has already surprised Mr Ruto and his supporters with his political starategy

Nyeri Town MP Ngunjiri Wambugu claimed Ruto’s camp did not anticipate that the Kenyatta would openly campaign for his preferred successor.

“That explains why they are running up and down in Mt Kenya ahead of Uhuru’s visit. What they don’t know is that Uhuru never buys fear and never rushes politically. They are desperate because they have all along lied to the Mt Kenya electorate that the relationship between Uhuru and and Ruto was intact,” Wambugu added.

“Before Uhuru’s visit, the rebranded Jubilee Party conducted 25 grassroots meetings while the President met elected leaders and the youth at State House. Sagana Three will be the climax of meetings and the beginning of Uhuru’s political tours in Mt Kenya, says Wambugu.