Uhuru: Sonko was incompetent and I instigated his removal from office 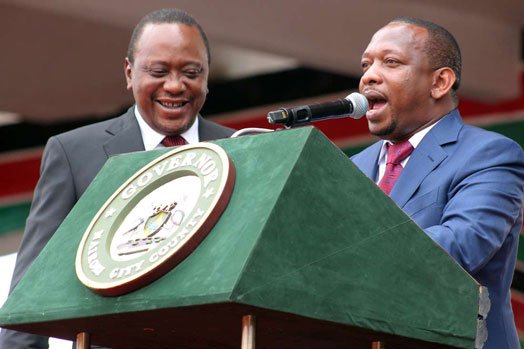 President Uhuru Kenyatta has, for the first time, publicly addressed the fallout between him and impeached Nairobi Governor Mike Sonko.

In a radio interview, the Head of State admitted that he instigated Sonko’s removal from office because the former county boss had become synonymous with incessant wrangles with everyone.

President Kenyatta added that everything in Nairobi County had ground to a halt at some point because of his leadership style.

He added that he had helped the former governor clinch the key seat but that, instead, he was “up and about doing nothing”.

In an interview that aired across several Kikuyu language radio stations on Monday, he also praised Nairobi Metropolitan Services (NMS) Director General Mohammed Badi – who was recently also on a warpath with Sonko – saying he had shown Nairobians that government can deliver if spearheaded by committed leadership.

“NMS will be opening 7 hospitals in Nairobi in the coming weeks,” Mr Kenyatta noted during the radio interview.