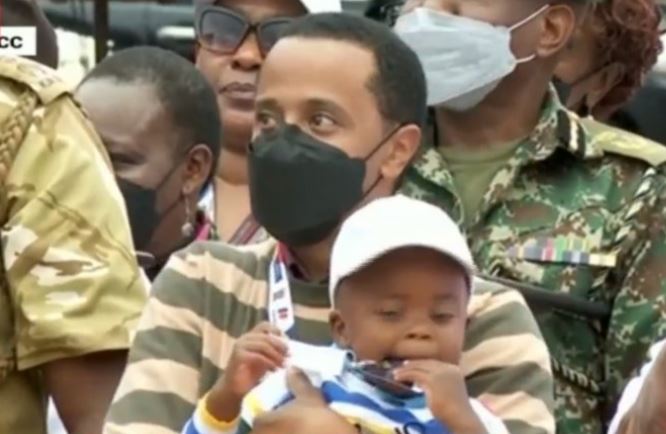 Jomo Kenyatta, the eldest son of President Uhuru Kenyatta, made his first public appearance with his kid.

Jomo, who was at the flagging off of the WRC Safari rally on Thursday, was photographed with his child while the president spoke to the audience at KICC. 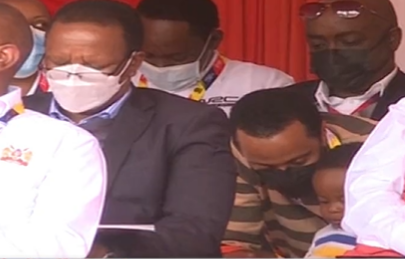 The toddler, who is named after President Uhuru, was photographed resting on his father’s palms and appeared at ease. The son put on a white cap while Jomo wore a black face mask. 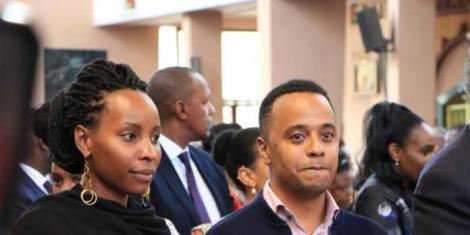 Jomo Kenyatta and and his wife Fiona Achola. IMAGE: COURTESY

Five years ago, Jomo wed his fiancée Fiona Achola in Gatundu in a customary ceremony that was attended by his immediate family.

All cultural elements of a Kikuyu wedding were covered in their customary ceremony. It also served as Fiona and her family’s introduction to the Kenyatta family.

These celebrations also provide the bride reassurance that she has been welcomed into the family. The two allegedly wed at a church after that, albeit there are currently few facts available about the ceremony.

In November 2017 at the Aga Khan Hospital, the couple welcomed their first child, a baby girl. The baby is named after first lady Margaret Kenyatta. 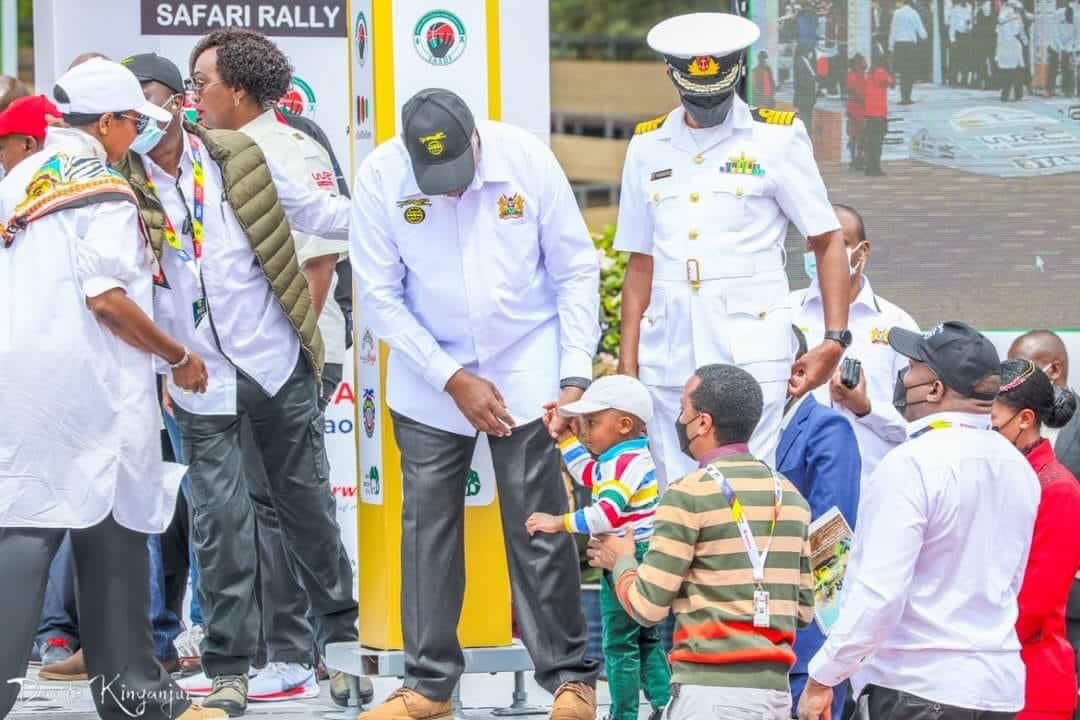 Their second child, Baby Uhuru, was born on May 27, 2020 at the Nairobi Hospital. 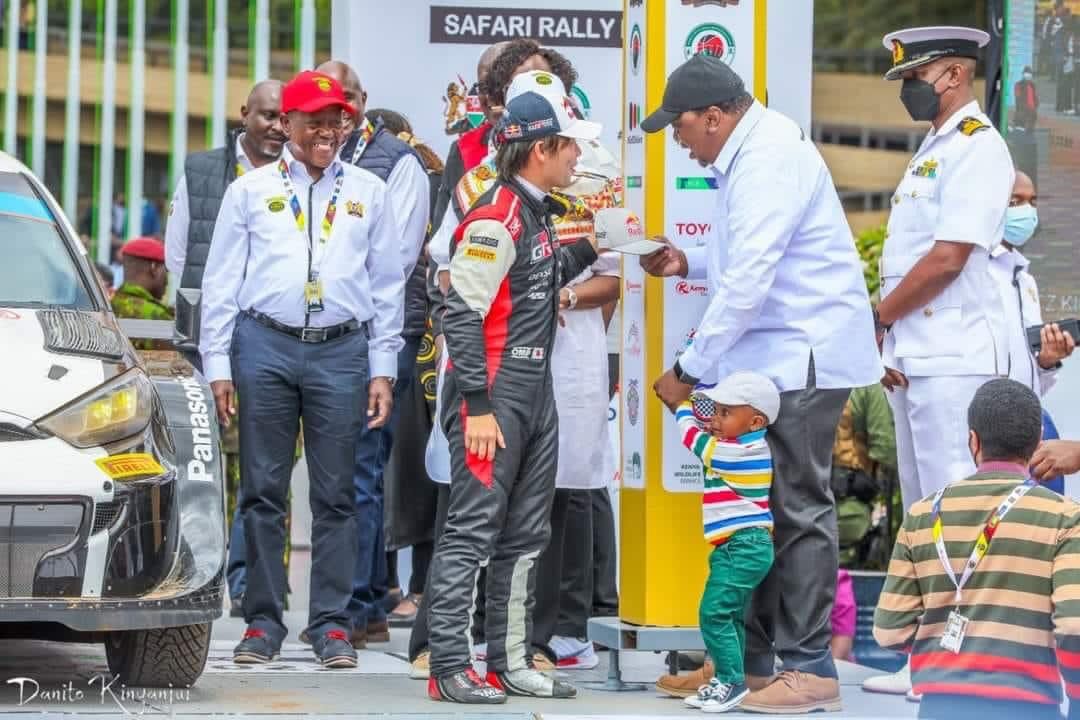 Kenyan nurse shines in one of the world’s best hospitals