Uhuru's promise to Ruto was like wooing a girl — Murathe 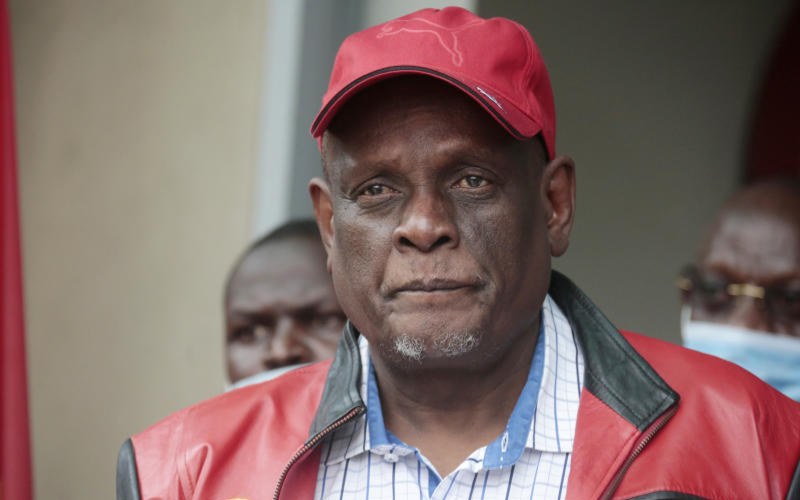 Jubilee Party Vice-Chairman David Murathe on Thursday said President Uhuru Kenyatta’s promise to Deputy President William Ruto that he will hand over power to him was political rhetoric.

Speaking during an interview on Kameme FM, Murathe described the ‘Uhuruto bromance’ as a marriage of convenience that was necessitated by the happenings at the time.

“It was like wooing a bride. You promise her heaven but the reality is different. Also bear in mind that there was an estrangement in the Uhuruto union.

“It is similar to how people go before God and make vows but they later part ways. There comes a time when people leave each other,” he said.

Adding: “Our Uhuruto ticket was out of political necessity. It was part of the peace dividend after the 2007 troubles. Some of these fellows took the 10-10 (ten years for Uhuru and Ten years for Ruto) promise as an absolute right,” said Murathe.

He also accused one of the Uhuruto camps of distributing all its cabinet positions on a narrow tribal basis after their 2013 win and pulling the Jubilee government back through abetting corruption.

Like President Kenyatta who made the controversial remark that Sh2billion was being lost daily in corruption, Murathe said most of Jubilee promises like laptops to school children and construction of stadia had failed to materialise due to corruption.

“This government has been forced to realign its priorities and budget to ensure some of these promises are fulfilled,” he said.

On the popularity of the Building Bridges Initiative (BBI) in Central Kenya, Murathe said the contents of Murang’a Senator Irungu Kang’ata’s letter to the President were factual but partly because there was no proper sensitisation on the ground.

“What Kang’ata said is true because there was no proper sensitization at the grassroots. He should not be victimised.

“He is still young and needs to be talked to,” added Murathe.

On members who have refused to toe the party line, Murathe said they might be expelled in the coming days but will be given a chance to leave before that.

“We wanted to kick some people out of the party but our leader (Uhuru) stopped us…this time we will kick them out so they can go and build their own party,” he remarked.