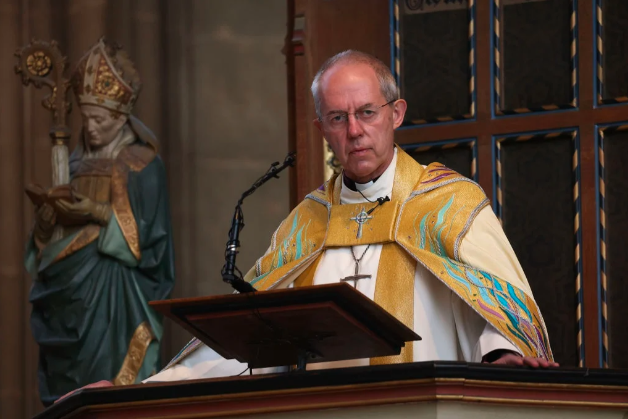 Justin Welby, the Church of England’s top senior bishop, slammed the British government’s decision to send asylum applicants to Rwanda to process their applications on Sunday.

Human rights organizations and even the United Nations have expressed shock and harsh condemnation of the scheme.

In his Easter Day message, Archbishop of Canterbury Justin Welby, the Church of England’s highest-ranking clergyman, contributed his opinion to the criticism.

“While the details are for politics and politicians”, Welby argued that transporting asylum seekers abroad “raises serious ethical questions”.

“The principle must stand the judgement of God and it cannot,” Welby said.

“A country like Britain informed by Christian values cannot sub-contract out our responsibilities, even to a country that seeks to do well like Rwanda,” the church leader further said.

“It is the opposite of the nature of God”.

UK Prime Minister Boris Johnson had hinted at the possibility of legal challenges when announcing the plan last week.

READ ALSO  Stop The Madness! This Is Why Many Africans Get US Student Visa Refusal!
Related Topics:Archbishop of CanterburyBoris JohnsonEaster DayJustin WelbyNewsUnited Nations
Up Next

80 Cows Drown after a Bridge Collapsed in Baringo County