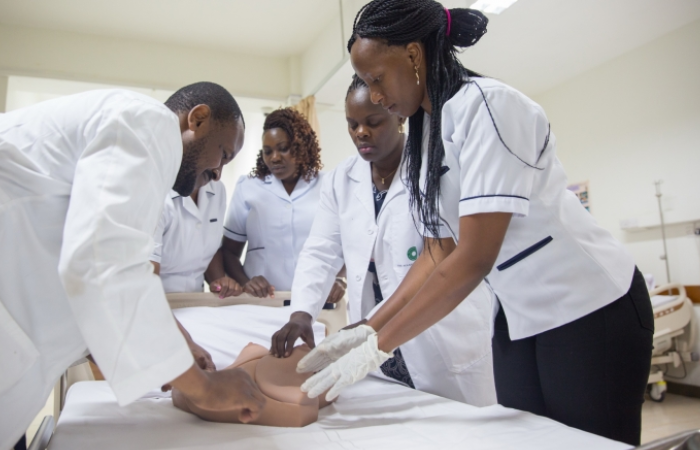 Following the establishment of a special taskforce by the UK government to deal with international hiring, Kenyan nurses now have the opportunity to work there.

According to UK media reports, the “International Recruitment Taskforce” was established to streamline the procedure for hiring nurses from other nations, including Kenya.

The latest information comes as the National Health Service (NHS) reported that there were 46,828 registered nurse openings in England as of September 1.

The taskforce was established to increase the number of nurses recruited to work in the UK, according to new Health Secretary Steve Barclay, who spoke in the House of Commons on Monday, September 5.

“We have launched an International Recruitment Taskforce to boost the care workforce and address issues in capacity,” he stated.

Additionally, it was mandated that the UK Nursing and Midwifery Council (NMC) streamline the process used to hire nurses from other nations.

A notice to the council instructed it to remove ‘prescriptive detail on the process that the NMC must follow in relation to qualification comparability and the assessment of international applicants, providing the NMC with greater flexibility to change these processes in the future,’ according to Nursing Notes, a UK publication.

Kenyan nurses were dealt a blow in October 2021 when the bulk of them failed the test the UK required of them before providing them employment prospects.

The Nursing Council of Kenya at the time revealed a training program to give Kenyan nurses wishing to work in the UK the skills they would need to pass the exams.

Kenya, India, Sri Lanka, and the Philippines are among the nations from which the UK will recruit its nurses.