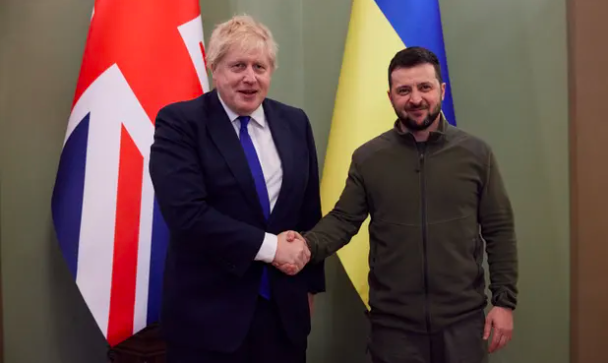 Johnson’s meeting with President Volodymyr Zelensky in the Ukrainian capital of Kyiv has officially been announced by Downing Street.

“The prime minister has travelled to Ukraine to meet President Zelensky in person, as a show of solidarity with the Ukrainian people,” a representative for Number 10 said.

“They will discuss the UK’s long term support to Ukraine and the PM will set out a new package of financial and military aid.”

Johnson and Zelensky were having “a tete-a-tete meeting,” according to Andriy Sybiha, deputy head of the Ukrainian president’s office.

VIDEOS: Am I a second class citizen, wonders mother of 15 year-old daughter who ‘was murdered’ in school