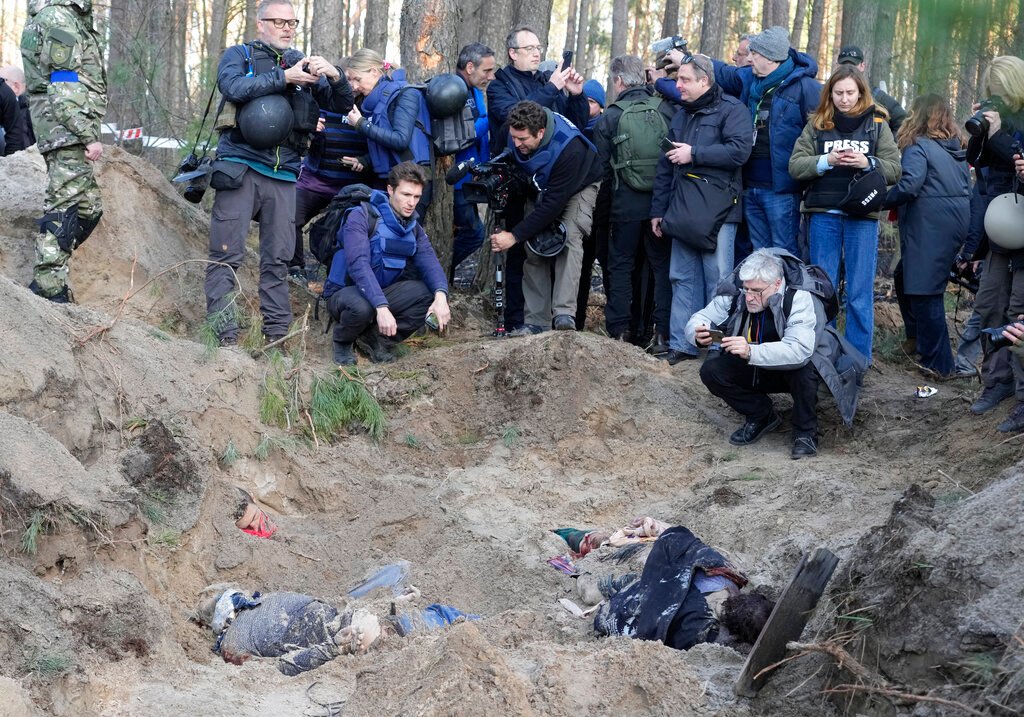 The bodies of five individuals, including the mayor, her husband, and son, were discovered with their hands tied in a town west of Kiev by Ukrainian authorities.

Four bodies, including the mayor’s, were half-buried in a hole in a pine grove abutting her residence in Motyzhyn, police told AFP journalists.

A fifth body was discovered in the garden’s small well.

Hands were bound behind the backs of the dead, which included two men who were not members of the mayor’s family.

Russian military kidnapped the mayor, Olga Sukhenko, 50, her husband, and their son on March 24, according to authorities.

The mayor and her husband, according to residents, refused to cooperate with the invading Russian army.

Russian military kidnapped the mayor of Melitopol in southern Ukraine on March 11, but he was freed after a few days.

The bodies of deceased citizens have been found scattered on the streets and in mass graves in Bucha, a town some 30 kilometers north of Motyzhyn, prompting accusations of war crimes.