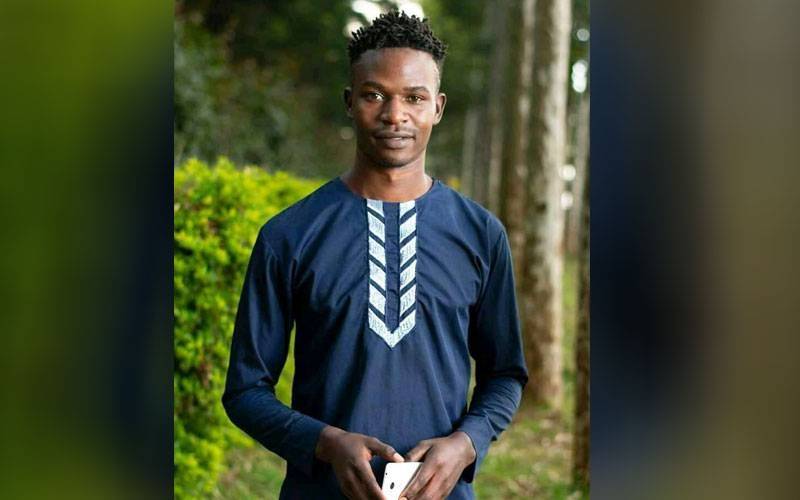 He spent up to his last coin on people on his last day on earth – Monday, December 13.

After depleting his money, he borrowed Sh100 and bought pesticide that he ingested, ending his life almost instantly.

Wilson Ombacho, a Fourth-Year student of the University of Nairobi (UoN), had signalled that he needed help, but some of the people who interacted with him, thought he’d had one too many, and that it was the alcohol “speaking” in him.

The 22-year-old, a resident of Bomachoge Borabu Constituency in Kisii County, had made trips to nearly all the joints where his friends were and told them: “Today is my last day on earth. So, if you want food on my bill, take; if you want alcohol on my bill, take’.”

He fulfilled those pledges, and were it not for his limited finances, more people would have had food and drinks in his name.

“On that day (Monday, December 13), Wilson woke up and took breakfast. He, thereafter, left for the nearby Eberege trading centre, where he wished everyone who knew him goodbye, saying it was his last day on earth,” Ombacho’s brother, Calvin Ogenche said.

“After buying his friends food and drinks, he ran out of money. I was told that he, thereafter, borrowed Sh100 from one of his buddies, and used the money to buy pesticide, which he ingested.

“We, consequently, rushed him to a nearby medical facility, but we were referred to the more-equipped Tabaka Mission Hospital. Unfortunately, he was pronounced dead shortly upon admission at Tabaka Hospital on Monday evening,” said Ogenche.

Ogenche, who works as a clinician in Kisii County, says he suspects their mother’s death in August this year severely affected Ombacho’s mental health.

“That (depression following mother’s death), and his delayed graduation because of missing marks could have pushed him to his death,” said Ogenche.

Ombacho was supposed to graduate from the University of Nairobi with a Bachelor’s Degree in Arts (History and Kiswahili) in 2020, but a unit whose marks were missing scuppered that important milestone.

“His peers had graduated, and some had gotten jobs. On his end, there was little progress, leading to him retreating to the village. We, however, kept encouraging him that things would look up.”

Recently, the 22-year-old visited the University of Nairobi to follow up on the missing marks impasse ahead of the Friday, December 17, 2021 graduation ceremony.

“Upon returning to Kisii from the Nairobi trip, he informed me that the lecturer of the affected unit told him to retake the exam in January 2022. That meant, his graduation would delay for another academic year. He appeared frustrated by that development.”

Ogenche said that while Ombacho was buying his friends food and alcohol on Monday, he kept saying that he wanted “to join my mother in heaven so that I leave this world to you people, who are happy in it”.

The student had, last week, landed a casual painting job in Kisii and was being paid Sh800 per day for his services.

His sibling suspects he used proceeds from the menial job to buy his friends food and alcohol before dying by suicide.

“Wilson was very close to our mother,” said Ogenche. “When she died [in August 2021], he refused to move out of her house, saying he was missing her.”

“The coincidence of the time in which they both died is puzzling. Both mum and bro died at exactly 5:35pm. The dates of their death is what is different,” said Ogenche.

Robert Mireri, the deceased’s friend, described Ombacho as an “intelligent man, whose depression signs, if any, were subtle or almost non-existent.”

“I studied with him at Ringa Boys’ High School in Homa Bay County, where he scored an A- (minus) mean grade in the 2015 KCSE exam. His death has come as a shock to us,” said Mireri.

“I will remember Willie (Wilson) as a nice and brilliant person. He was among the top students in our class,” said Edwin Otieno, also an alumnus of Ringa Boys’ High School.

Wilson Ombacho will be buried at his parents’ home in Eberege Village, Bomachoge Borabu Sub-County in Kisii County on Wednesday, December 22.