Uproar over transformer in the middle of Nairobi Expressway, KeNHA responds 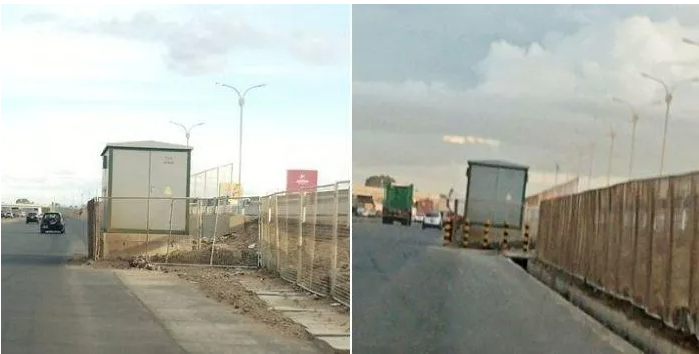 A electrical transformer positioned between the Nairobi Expressway and the main Mombasa Road has caused alarm among motorists.

On Thursday, May 12, Kenyans took to social media to express their dissatisfaction with the power station, which is part of the walled Expressway segment. Motorists are obliged to maneuver a portion of the transformer that protrudes onto Mombasa Road, according to online users.

Some criticized why Moja Expressway, the firm in charge of the 27-kilometer road, had not placed a warning sign in front of the transformer to warn oncoming vehicles.

As a result, the Kenya National Highways Authority (KeNHA) said that the transformer would be moved to a reserve land.

“The power station is right on Mombasa Road. It is just a matter of time before it makes headlines. Actionable criminal negligence,” Saddique Shaban stated.

“Your concerns have been noted and actioned. The transformer will be secured within the Expressway Road reserve,” KeNHA responded.

The road agency also announced that it was trying to rehabilitate areas of Mombasa Route that were wrecked during the 27-kilometer road’s development.

On Saturday, President Uhuru Kenyatta is slated to kick off the testing of his legacy project, which would see up to 10,000 drivers use the 27-kilometer expressway.