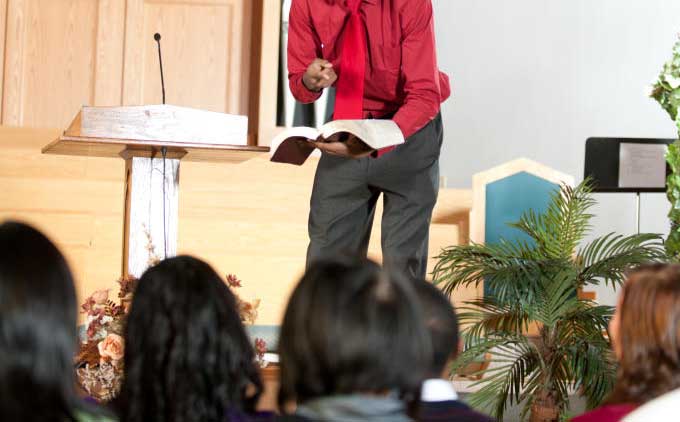 A Kenyan pastor based in the US was on Friday charged with two counts of forgery and conspiracy to commit a felony.

According to the charge sheet, Pastor Ismael Denis Omondi allegedly forged a constitution and minutes of a rival church with an aim of diverting funds to his church.

The pastor spent the weekend in police custody at Diani Police Station awaiting for his bond application at the Kwale law courts today.

The charges read that on diverse dates between September and October 13, 2019 at unknown place in Kenya, he jointly with others not before court conspired to commit a felony namely forgery of Service Ministries constitution with intent to divert funds to Restoration Kenya Ministries.

He allegedly forged the constitution and minutes of annual meeting to the Registrar of Societies purported to have been signed by the Kenya Ministries secretary James Muthee Njau.

He was also charged with conspiracy to commit a felony contrary to section 393 of the Penal Code.

Pastor Omondi was arrested on Thursday by police who have been tracking him since 2019 together with his colleagues after allegedly committing the offences.

Prosecutor Millicent Kagira applied for the court to detain the cleric saying he was a flight risk and asked the court to ensure he deposits his passport with the directorate of criminal investigations.

The prosecution said releasing the suspect on bond will frustrate efforts by police to arrest two other suspects on the run as well influence witnesses in the case.

READ ALSO  VIDEO: You should have resigned and let me pick someone else to help run the country, Uhuru tells Ruto

Kagira said that although bond terms are constitutional rights, the court must ensure he was given surety bonds of Kenyan citizens.

Further, the prosecution also asked the court to direct the immigration department to be served with a stop order against the suspect so that he does not run away.

But the defence led by Lucy Mwende opposed the application saying there was no evidence to prove that the suspect was a flight risk since he has investments and family in Kenya.

Mwende argued that stopping their client from going to the US would automatically cause him to be fired from his job.

The magistrate ordered that the suspect be remanded at Diani Police Station after a medical examination at Diani Beach Hospital at his own cost after he complained of heart problems.

Ruling of the application will be delivered today.