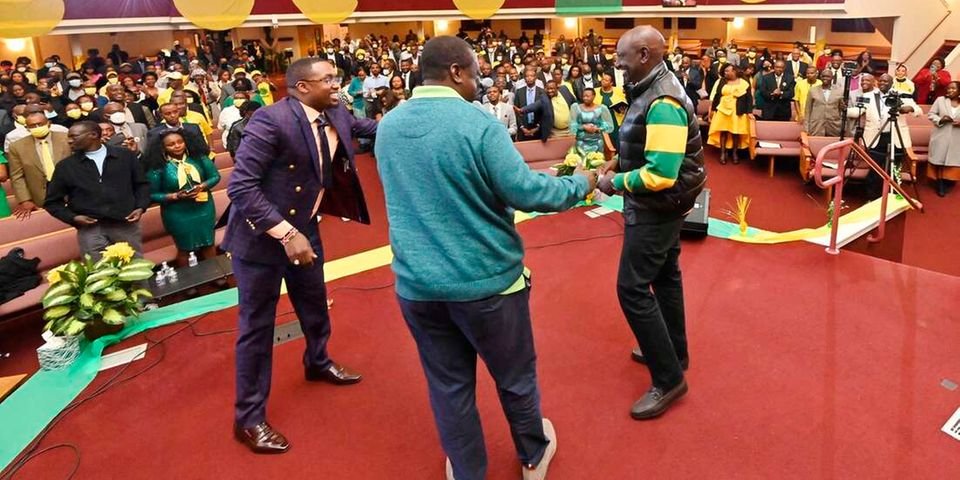 According to him,  the decision was arrived at following complaints that the diaspora has not received the attention they deserve.

“The focus has been on remittances, while their fundamental rights as citizens have been neglected,” Dr Ruto said in his inaugural address shortly after taking the oath of office as Kenya’s 5th President.

“To correct this oversight, I pledge to elevate diaspora issues at a ministry level.”

The announcement was welcomed by a section of Kenyans in the US saying it was a step in the right direction.

John Mureu wrote on Facebook Wednesday: “Thanks to the 5th, we are going places.”

Njambi jackline said: “We will never forget you Excellency. Thank you for doing what we have asked for for over a decade.”

Over the period between January and July 2022, Diaspora remittances rose to Sh283.6 billion or 13 percent from Sh250.4 billion with the biggest source of remittances to Kenya, accounting for 59 percent of the total sum of funds sent into the country this year.

Ruto said the government will also strengthen diaspora services in all embassies and set up a mechanism for public participation by the Kenyans living abroad.

Those living in the diaspora will also have greater participation in future elections after Dr Ruto said the government will work with the Independent Electoral and Boundaries Commission (IEBC) to increase the number of registered voters from the current 10,444.

READ ALSO  Our use of sand brings us “up against the wall”, says UNEP report

Dr Ruto said the new government will work with Parliament to set up a committee that will exclusively deal with diaspora issues.

A rising number of Kenyan youth are seeking jobs abroad to escape the high level of unemployment in the country. About 1.2 million Kenyan youth join the labour market every year.

The select committee on Diaspora and Migrant Workers is expected to take shape in the coming days once lawmakers are placed in House team.

The committee will deal with all matters relating to the protection of the rights and welfare of Kenyans in the diaspora.

The establishment of a standalone committee comes amid a jump in the numbers moving abroad in search of greener pastures and abuse cases by employers in the Middle East.
Most Kenyans who cast their ballot in the United States in August voted for Mr Raila Odinga who lost to Dr Ruto.
Related Topics:NewsRuto and Diaspora
Up Next