US most wanted: Suspected drug trafficker arrested trying to cross into Somalia 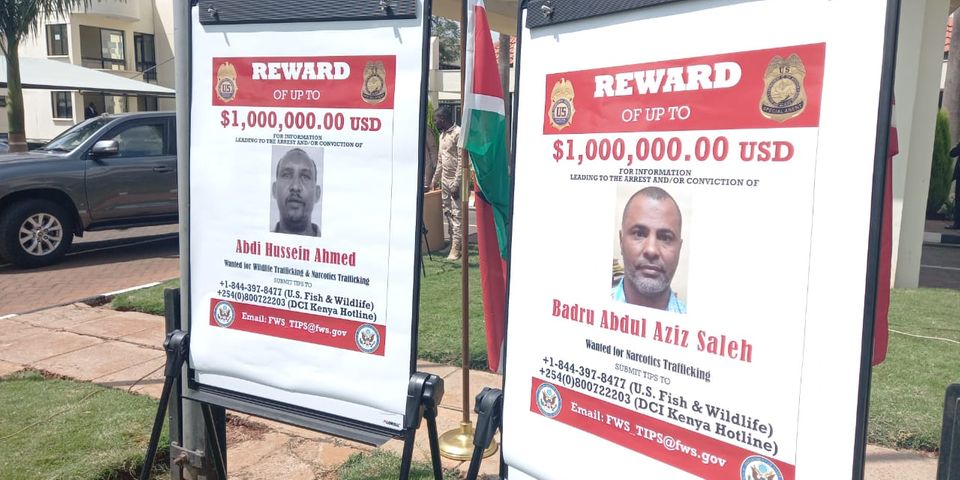 One of the two fugitives sought by the US for poaching and narcotics trafficking has been apprehended. According to a police source, Badru Abdul Aziz Saleh was apprehended in the Garissa County town of Liboi while attempting to cross into Somalia.

This comes just four days after his photo was shared by the Directorate of Criminal Investigations and the US Embassy in Nairobi.

Abdi Hussein Ahmed, his accomplice, is still on the loose. Mr Saleh is being detained at the Anti-Terror Police Unit (ATPU) headquarters, where police are interviewing him to learn more about his ties to Mr Ahmed, as well as his locations and activities in the country.

Last week, the US embassy offered Sh100 million for any information leading to Mr Saleh’s capture on narcotics trafficking charges. There are little details on how he was apprehended, and it’s unknown whether the bounty has been claimed.

However, the US embassy verified the fugitive’s detention on Tuesday evening and thanked the public for their assistance in his capture.

According to a statement released by US authorities, US and Kenyan law enforcement officials worked together on Monday to detain Saleh after the Directorate of Criminal Investigations received a tip from the public.