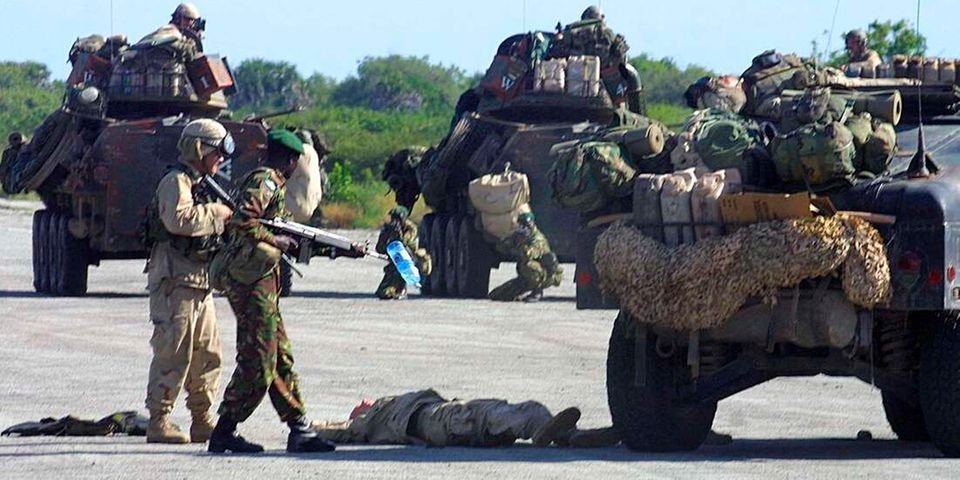 American troops have arrived at a camp in Wajir where they are expected to provide air surveillance and response whenever needed, a senior security source in the region has told Nation.Africa.

This comes a week after it was reported US President Joe Biden revealed plans to deploy Special Forces to Kenya. It is not, however, clear if the troops in Wajir are linked to the President’s communication.

In a letter to the US Congress early this month, President Biden said he had approved the sending of special operations troops to Kenya to collaborate with the Kenyan military in combating Al-Shabaab.

“We have the Americans and they chose Wajir because of the international airport that can easily help in quick responses. They will survey and respond to incidents in Garissa and Mandera from Wajir,” a source, who spoke in confidence, told the Nation. Africa

“They are not new to this area. They just came in from Somalia and they understand the region well,” our source said.

The camp in Wajir is the second in the country after Camp Simba in Manda Bay in Lamu.

Speaking in Mandera during a security meeting on Friday, North Eastern Regional Commissioner Nicodemus Ndalana hinted at the arrival of the special troops.

“We will not have a problem with security but the challenge will be cooperation and coordination of our local security apparatus and the community. We have to agree to cooperate in this fight against Al-Shabaab,” he said.

Mr Ndalana said the government was opening a new chapter in dealing with terrorism posed by the Al-Shabaab group in Mandera, Wajir and Garissa.

He blamed the local community for withholding information about Al-Shabaab militants.

“We cannot have Al-Shabaab militants walking across the county to far areas without being noticed. They get food and water from the locals, the enemy is getting information from the locals and we need to stop that,” he said.

Mr Ndalana, who urged Manders residents to be vigilant, issued a shoot to kill order to security officers against suspects.

He said the government was fully aware that the militants terrorising Mandera are locals.

“We are aware of who is behind these incidents and I want to tell you to go start preparing their graves, we have no room of arresting and charging anybody linked to terrorism,” he said.

He asked the security agents never to negotiate with anybody linked to terrorism.

“Al-Shabaab has no time to negotiate with you, any suspect including motorcycle riders and those feeding the terrorists should be dealt with,” Mr Ndalana said.

The deployment of the US forces in the region is a security boost for Kenya which has suffered deadly attacks from Somalia- based Al-Shabaab militants.

The terrorists have declared intent to conduct attacks in retaliation to Kenya’s counter-terrorism operations in Somalia. The operation is conducted as part of the African Union Mission.  The troops in Wajir fall under the East Africa Response Force, a US programme.