VIDEO: Armed Kenyan man in daring and dramatic police chase in US appears in court 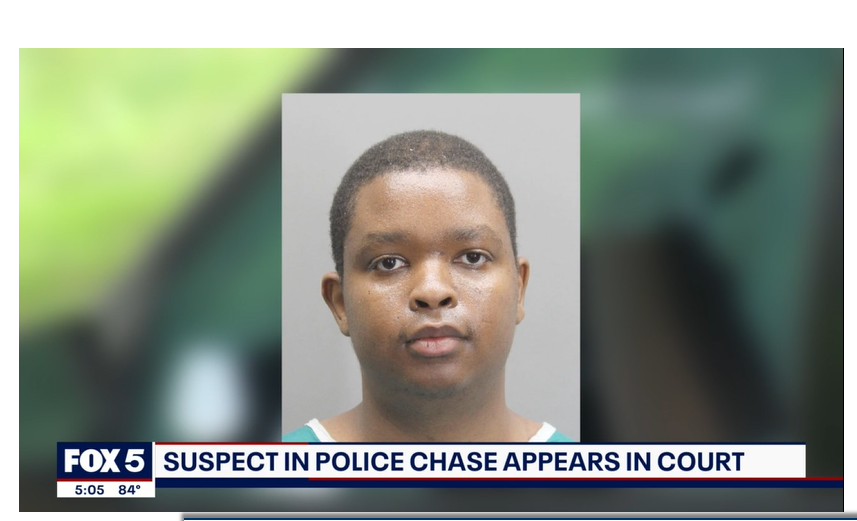 A 26 year old Kenyan man  arrested in connection with shooting at several people in Maryland  — including a police officer — and leading cops on a chase into Virginia appeared in court on Tuesday morning in Fairfax County.

Authorities say 26-year-old Frederick K. Njihia of Germantown is charged with eluding police and one other offense in Virginia.  Montgomery County Police say the suspect will also face four counts of attempted first-degree murder and first-degree assault with a firearm.

Njihia, who engaged the police in US in a dramatic police chase was arrested Monday.

The chase, described by law enforcement officers as daring, took them through the states of Maryland and Virginia.

At around 9:30 am, Montgomery County Police responded to multiple calls of an armed man firing shots in the 113000 block of Hawks Ridge Terrace in Germantown, Maryland.

Local media quoted the Police as saying that Njihia had been pointing a rifle at people, including a Washington Suburban Sanitary Commission worker whose truck was hit several times by gunfire.

The suspect then sped off in a blue Honda Civic and officers responding to the incident spotted the vehicle as they drove on Germantown Road toward Frederick Road. Njihia shot at the marked cruiser, flattening its front tire.

Reports indicate that officers trailed Njihia’s car onto Interstate-270 southbound towards Virginia and contacted Virginia State Police to inform them what was going on.

State Troopers picked up the pursuit, eventually using a pursuit intervention technique (PIT) to bump his car, causing the driver to crash into a wall and flip upside down at the Dulles Toll Road in Fairfax County.

According to witnesses, the chase went on for 20 miles, starting in Maryland on Interstate 270, to Interstate 495 and ending along Route 7 in Tysons Corner, Fairfax.

Following the crash, the suspect was taken to INOVA Fairfax Hospital for minor injuries that were not considered life-threatening. Police said they recovered a .223 rifle from his car. No police officer was injured during the incident.

Virginia State Police charged Njihia with one felony count of eluding police and one misdemeanor count of reckless driving. He also faces four counts of attempted murder and first-degree assault with a firearm in Montgomery.

Njihia is being held without bond at the Fairfax Adult Detention Center and was expected to  be extradited to Montgomery County later in the week.

State police said once the suspect’s Honda Civic made a U-turn on Route 7 at Route 267/Dulles Toll Road, a Virginia State Police trooper administered a tactic known as a “P.I.T. maneuver,” to intervene with the suspect’s vehicle.