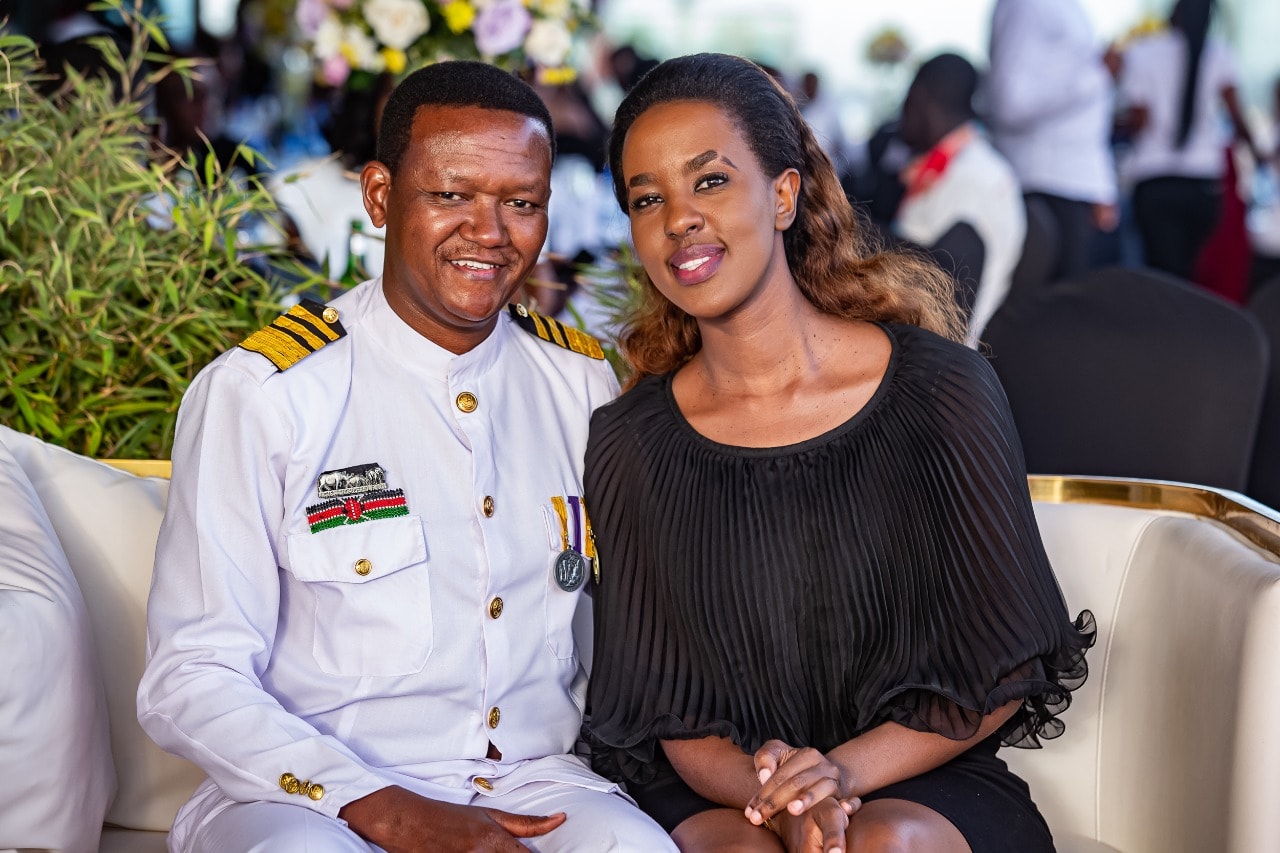 Machakos Governor Alfred Mutua and his ex-wife Lilian Nganga have left Kenyans confused after they were  spotted having fun together during his 51st birthday party at the Emara Hotel, Ole Sereni, just a few days after they announced their separation.

The two were pictured being warm and cordial, complete with sharing the birthday cake as though nothing has happened between them

The ex-lovers who announced their separation exactly a week ago seemed too happy around each other leaving tweeps to speculating that they had taken them for a ride.

They posed for pictures, danced and dined together.

Many were amazed by Mutua and Lilian’s warmness to each other given they are still at the initial phases of their break-up with Kenyans having different opinions on their body language.

“My eternally beloved Lilian,” Mutua said as he introduced the women in his life. “who will forever be my friend.”

On Twitter, Betty Mueni said: “Was she was forced to attend or rather was it by force? She looks out of place.” Joy Joy wrote: ADVERTISING “She is not happy. Body language.”

Phyllis Nyaboke said: “Mutua said Lilian is his political adviser. Was that a political function she could attend?” Omwana O Sheba said: “Let me preserve my comment.” Mutua’s double party with Rayvanny As TUKO.co.ke reported, the governor hosted a double birthday party alongside his friend, Tanzanian crooner Rayvanny, who landed on the Friday of August 20. Besides Rayvanny, the governor, who turns 51, dedicated the day to others marking their birthdays alongside him.

Lilian had also sent him a sweet birthday message via her social media platforms. “To 51 and another 51…Happy Birthday,” she captioned a photo of Mutua.

Earlier this week, while thanking God for their union, Nganga said she ended things with Mutua two months ago without going into details on what led to the split.

She said due to the end of her romantic involvement with Mutua, she consequently ceases to be Machakos First lady but maintained she will continue with her charity projects in the county.

Family and friends are hidden treasures, seek them and enjoy their riches. –Wanda Hope Carter.
Thank you to my dear family and friends for celebrating with me. More photos on my Facebook page. God bless you all. pic.twitter.com/CGZIsygDJo