VIDEO: Drama as Kenyans in US use their flag to cover nakedness of 3 pro-abortion activists at Joe Osteen's Church 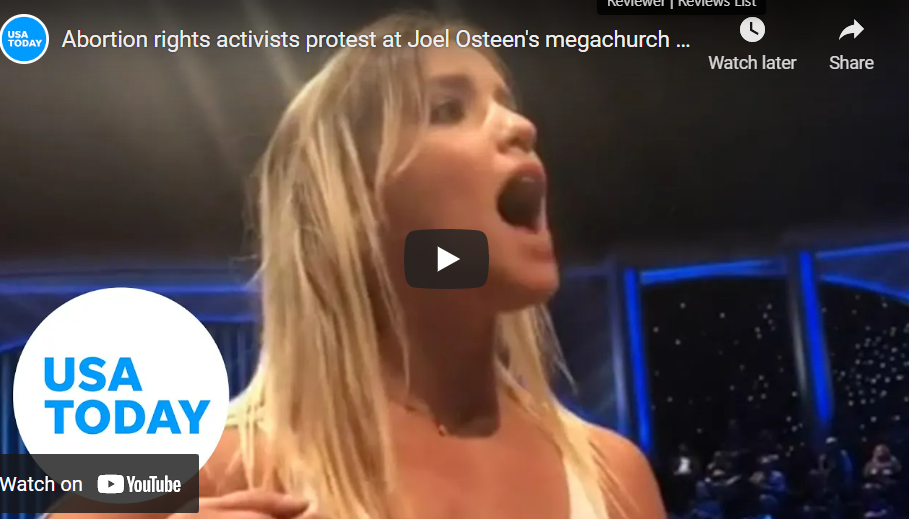 Kenyans seem to everywhere, every time an opportunity beckons.

In Houston, Texas, last Sunday, three American pro-abortion rights activists stripped into their underwear in protest during Joel Osteen’s church service, and when things began to “get naked,” some Kenyans in the congregation aptly whipped out their national flag in an attempt to save the day.

The three interrupted a Sunday service after Osteen had finished leading a prayer and congregants began to sit down.

The activists were wearing white sports bras with green hand prints on them to symbolize the color representing the pro-choice movement. Security promptly escorted the three women out of the church as many congregants began to cheer at their dismissal. 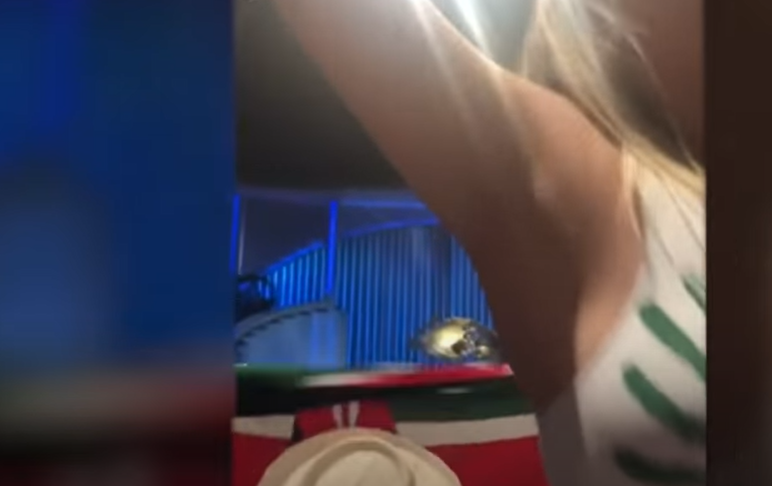 The women stood up and began chanting, “my body, my (expletive choice).” Two of the women removed their dresses, with one shouting, “Overturn Roe, hell no!” The video footage of the protest quickly went viral over Twitter and the 11 a.m. service’s live stream has since been taken down. Watch:

The 11 a.m. service’s live stream has since been taken down but not before the video footage quickly went viral over Twitter.

The three said they opted to protest in Osteen’s megachurch, which draws upwards of 50,000 people regularly, arguing that anti-abortion protesters show up in their safe spaces – doctors’ offices and clinics – to make them feel uncomfortable.

Twenty-six states are likely to ban it if Roe v. Wade is formally overturned, essentially outlawing abortion in more than half of the country. Eighteen states already have restrictive abortion laws in place.

A leaked SCOTUS draft was obtained by Politico in May indicating that the highest court in the land could overturn the controversial 1973 law. Written by Justice Samuel Alito, one of the six justices appointed by a Republican president who sit on the court, it repudiated both Roe v Wade and the 1992 Planned Parenthood vs Casey Decision.

If and when the draft is made final, the decision removes the federal right to abortion in America,  leaving it up to elected officials in each state to decide whether or not women should have access to abortions.