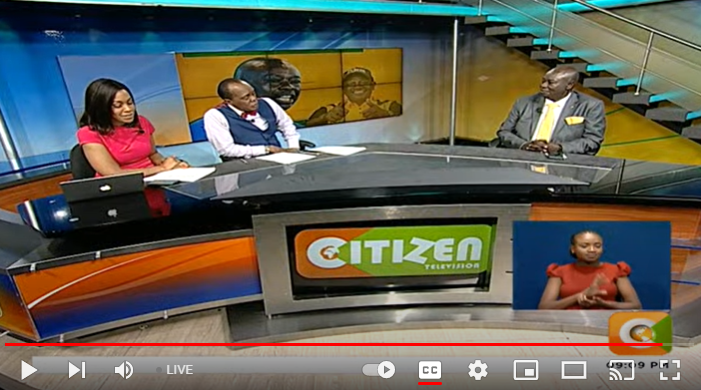 It is a choice sources say he long settled for long before it was formally made. Deputy president William Ruto settled on Mathira member of parliament Rigathi Gachagua as his running mate after a rigorously contested process that saw leaders from Mt Kenya region divided between the Mathira MP and Tharaka Nithi senator Kithure Kindiki.

Ruto says he will sign executive order to give Rigathi his roles as DP Rigathi considered in race that included Kindiki, Waiguru and Muturi Ruto describes Rigathi as a “fantastic grassroots mobilizer.”

The senator who is a close confidant of deputy president Ruto skipped the press conference in which Rigathi was named running mate. Ruto has defended his choice of running-mate terming the former district officer a fantastic grassroots mobiliser and tireless political operator.

Citizen TV’s Chemutai Goin was present at the official residence of the deputy president as Gachagua pledged to repay the faith entrusted on him as Ruto’s running mate.