VIDEO: Here is why Raila will not show up for the presidential debate - Prof Makau Mutua 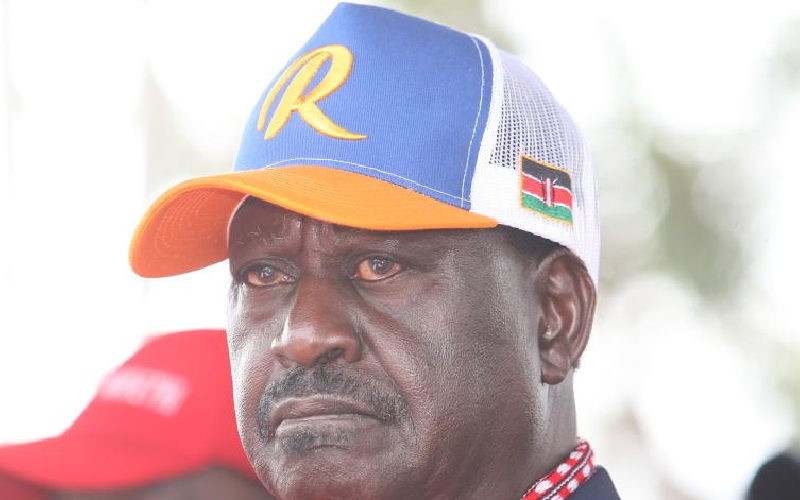 The ODM leader was scheduled to face off with his main rival Deputy President William Ruto in a debate in the event organised by the Media Council of Kenya.

Prof Mutua, ina a statement released Sunday said that Azimio’s presidential candidate would be having a town hall meeting with the electorate at Jericho Social Hall, Nairobi instead.

He added that the event would be televised.

“Unfortunately, a traditional debate structure with opposing candidates joined together on stage is a bad idea this year,” Mutua’s statement read in part.

According to Mutua, Azimio’s presidential had an excellent track record as opposed to his opponent adding that ‘rewarding a person with no regard for ethics with a debate would be a mistake.

“It would be a colossal mistake to reward such a person with a national debate. We will not help his failing campaign. He can explain himself and his poor record to voters without our help,” Mutua added.

Mutua said the town hall meeting planned by the coalition will allow voters to interact with and ask questions to the coalition’s presidential candidate and his running mate Martha Karua.

Without offering details, he said the event will be televised.

The debate is set to take place on Tuesday, July 26 at the Catholic University of East Africa (CUEA).

He argued that as currently set, the event is biased and meant to isolate other candidates.

READ ALSO  'There Was No Cheating In The 2022 KCSE Exams,' Education CS Machogu Insists

As it stands, the debate is set to be held in two tiers.

The first tier will see Wajackoyah lock horns with his Agano Party counterpart David Mwaure on grounds that they are polled below five per cent in terms of popularity as per the latest opinion polls.

The second tier woulsd have sene Deputy President William Ruto battle it out with the former premier.

US court serves Kenyan ‘deadbeat father’ via a local daily

I couldn’t conceive before, I’m not sure if I can now: Njambi Koikai