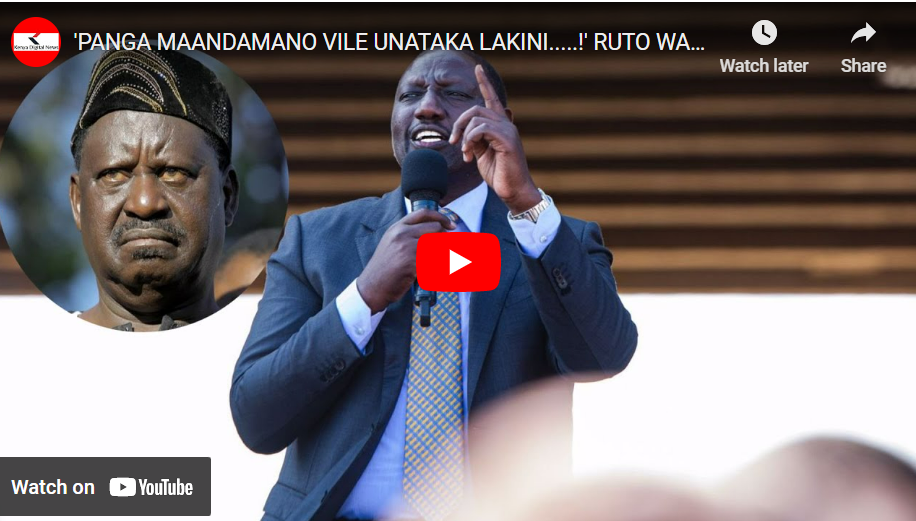 President William Ruto has criticised the Raila Odinga and his Azimio coalition, for planning a public rally at the Kamukunji Grounds in Nairobi.

Speaking on Sunday during a church service at Kerugoya, Kirinyaga County, President Ruto said the Azimio leaders had planned to use what he termed as ‘blackmails and threats’ to secure their personal and selfish interests.

“Go ahead and plan the demonstrations as much as you want but Kenya will move forward. We will put to shame those who are used to using threats for personal and selfish family interests at the expense of millions of Kenyans. That is why we [Kenya Kwanza] will unite all the citizens irrespective of the voting pattern,” Ruto said.

Odinga has been in South Africa, for the past week, attending meetings in his capacity as the AU High Representative for Infrastructure Development in Africa.

He is expected to jet into the country on Monday morning before he heads for the rally in Nairobi’s Eastlands.

“I want to promise Kenyans that we will not allow our country to be a hostage of threats and blackmail by a few people. We are going to serve all Kenyans equally. So do not worry, we will unite the country and make it one as we revive the economy. I will not allow a few people to sit at a corner and plan how to threaten us with demonstrations,” the president added.

Ruto, without mentioning names, said  Azimio leaders  had used the same methods for years. He explains that the threats issued have made some parts of the country remain underdeveloped.

“Those who are not happy and are against the peace and unity in our nation want to bring us old stories so that we stop working for Kenyans to go and listen to their needs. They are used to that but we are telling them that the end has come,” Ruto told Kirinyaga residents on Sunday afternoon.

“There is no more. What you got from threats before should be enough for you now. Allow us to work for the people of Kenya,”

Through a communique by his spokesperson Dennis Onyango on Saturday, the opposition chief announced that he will land at the Jomo Kenyatta International Airport (JKIA) on the said day at 11 am. 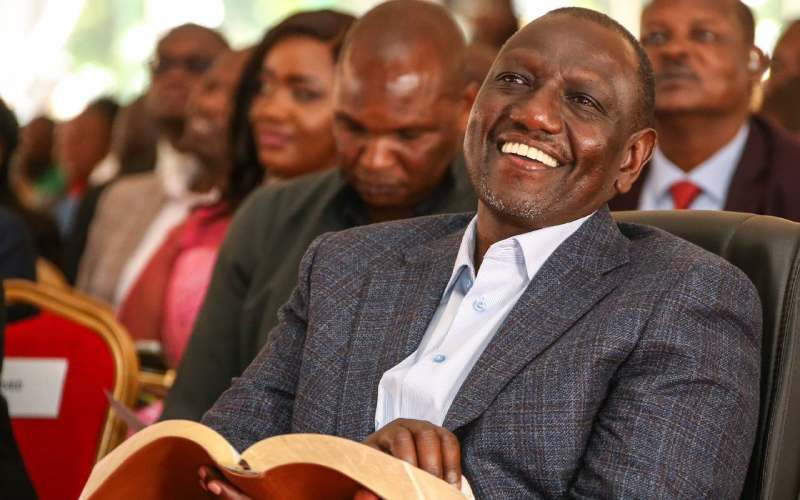 “Upon arrival, Mr. Odinga will proceed to the Kamukunji grounds in Kamukunji Constituency for a People’s Baraza consultations with the public where they will discuss recent disclosures by a whistleblower on the conduct of the 2022 general election,” stated Mr. Onyango.

In December last year, Raila had asked his supporters to convene at the same on December 7 and December 12.

He had planned a parallel gathering from the state celebrations of Jamhuri Day at Nyayo Stadium.

While making the announcements, Odinga said the gatherings were to enable him to chart a way forward on how to keep President William Ruto’s government in check.

Odinga and his team held a public gathering on December 7 but postponed the second meeting to give room for candidates sitting national examinations.

Related Topics:Ruto vs Raila
Up Next