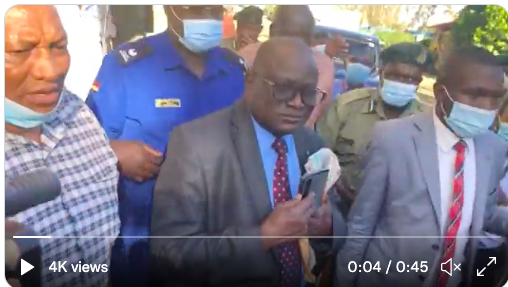 Commissioner-General of the Kenya Prison Service, Wycliffe Ogallo has been arrested at prison headquarters moments after being fired by President Uhuru Kenyatta.

He has immediately been replaced by Brigadier (Rtd) John Warioba.

Warioba was sworn in as Commissioner-General at State House on Wednesday.

See video below of the arrest of Mr. Ogallo.

Queries have arisen over how they managed to escape from the country’s most secure prison on Monday.

Before announcing his sacking, President Kenyatta on Wednesday held a crisis meeting at State House with top Interior ministry officials and Prisons chiefs over the jailbreak.​