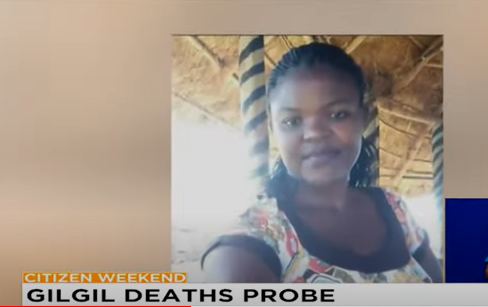 Kenyan puthorities say theya are investigating a case in which a middle-aged woman is said to have killed her three children before hanging herself in their house in Gilgil, Nakuru County.

According to reports, Mollen Akinyi, 32, is suspected to have poisoned her kids aged one, six, and 10 then hanged herself at their house in Gilgil township.

Her body was found hanging in the bedroom corridor from the rooftop of the house with a rope tied around her neck, according to a police report on the Friday incident. Watch courtesy of Citizen TV:

“A foul smell was emanating from the house which prompted officers from Gilgil Sub County to immediately rush to the scene where they broke into the house,” the police report adds.

Gilgil sub-county Police Commander John Onditi confirmed the incident saying the woman is suspected to have poisoned the children first before taking her own life.

The woman is said to have left a suicide note explaining her misfortunes in the marriage, alleging that her husband has not been taking care of his family’s needs as expected.

Police say that Mr Johnson Mugambi, an agent of a residential plot in Teachers B Estate in Gilgil township, reported the incident to the police.

Why ‘Certified Homes’ has partnered with Taifa Sacco [PHOTOS]

Eating meat in Kenya: All you need to know