VIDEO: Why the buzz over 'Hana Kuma' and what Naomi Osaka has ostensibly told Kenyans about it

VIDEO: Why Betty Kyallo and her sister Mercy are literally 'fighting over a man' 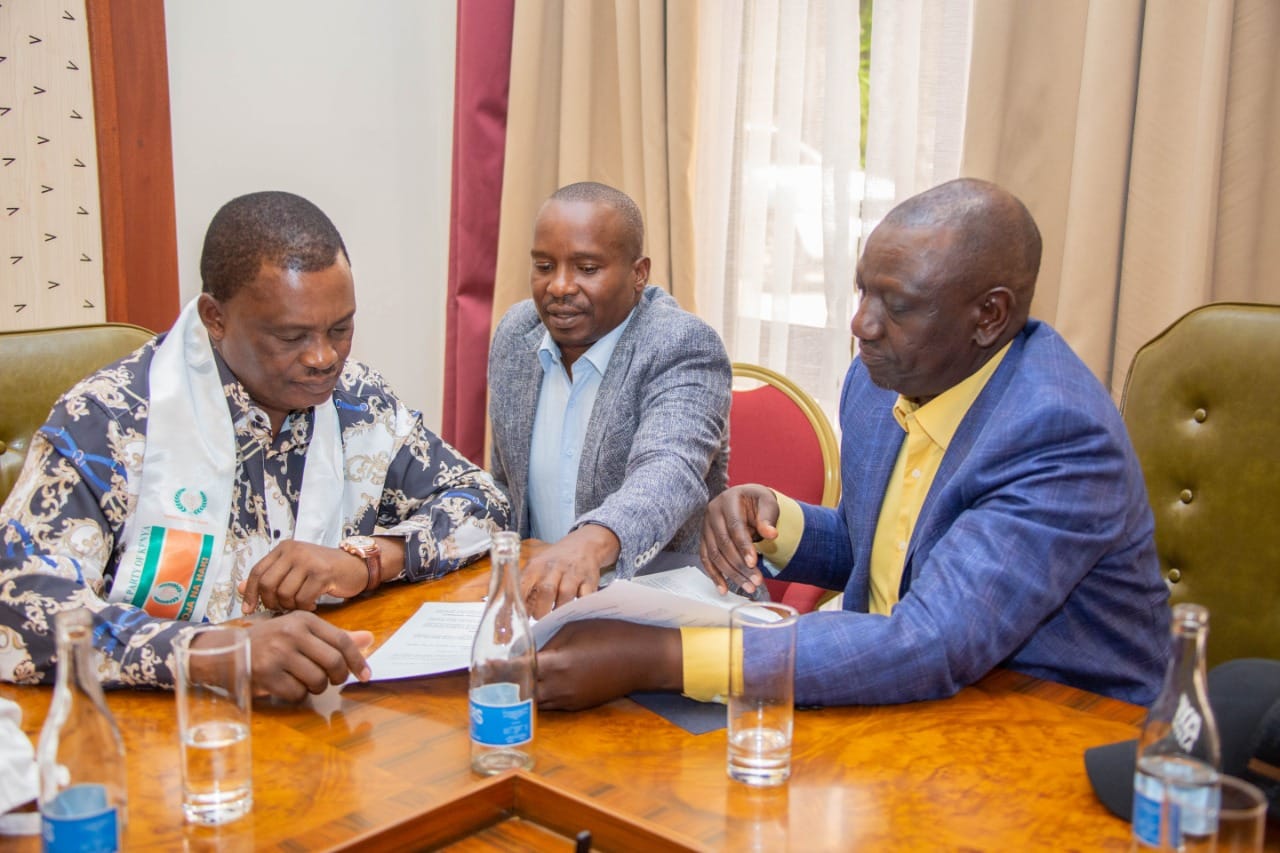 The Kenya Kwanza Alliance will not be registered as a Coalition political party, Mr Musalia Mudavadi, who is a key principal in the coalition, as the leader of Amani National Congress, ANC, has said.

Speaking on Saturday at an event to welcome the Speaker of the National Assembly, Justin Muturi, to the Kenya Kwanza Coalition, Mr Mudavadi said the Alliance was not going to present any documents to the registrar of political parties on Saturday.

“Today is supposed to be the deadline for political parties to present documents to the Registrar of Political Parties, and that is if you are putting in your papers as a coalition party,” he said.

At the event, Mr Muturi, who is the leader of The Democrratic Party (DP) inked a deal to join the Kenya Kwanza alliance led by Deputy President William Ruto.

Muturi signed the agreement at the Hermosa Hotel in Karen, Nairobi at an event attended by  ANC leader Musalia Mudavadi and Moses Wetang’ula (Ford-Kenya) and other Ruto allies.

“We fully and unconditionally associate ourselves with the Kenya Kwanza Alliance,” said Muturi.

“My party has given me the backing and I am happy that after several conversations, today we have realized that dream of working together,” he said.

“There can not be a Kenya for others and another one for us. We all belong,” he added.

Dr Ruto said the deal is a culmination of lengthy talks between Kenya Kwanza Alliance and the DP party over the past couple of weeks.

“I am a proud Kenyan that we are today joined by a party that has a history in the Republic of Kenya. A party that has had a footprint in the transformation journey of the country having been led at one time by former President Mwai Kibaki,” the DP said.

The deadline for registering Coalition Political Parties was Saturday, April 9, 2022 while the one for political paties coalition will be on May 9th this year.

VIDEO: Bishop Wanjiru explains why she has bowed out of Nairobi Gubernatorial race to vie for Senate seat