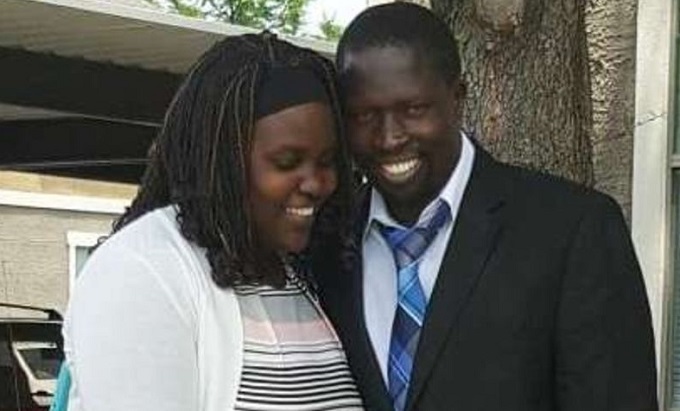 In a new twist to the feud over the death and “secret burial” of a Kenyan in Dallas in December, the man at the centre of the controversy now says his in-laws are targeting the insurance money and custody of the children.

Mr Obadiah Kinara dismissed claims that he had a hand in Dorothy Bosibori Ongera’s death, saying pathologists concluded that her death was due to accidental drowning.

“I loved my wife and I’ve been deeply hurt and affected by the social a media campaign orchestrated by my in-laws to create the impression that I had something to do with the death,” Mr Kinara told the Sunday Nation in Texas yesterday.

“I believe some people are doing this because they are targeting my children and the insurance payouts.”

Mr Kinara said at some point as funeral preparations were on, his in-laws went to court to stop the burial and attempted to take his children.

At the time, Ms Ongera, a mother of six children, was living with Mr Kinara, with whom she had three children.

The father of the three other children is a Mr Dennis Nyakundi Mose, currently living in Kenya, and who has also joined in a case to have the body exhumed and buried in Kenya.

The US laws only recognise Mr Kinara as Ms Ongera’s next of kin regardless of marital status because they have three children and lived together until her death.

The death has since become a controversy and an international social media sensation because her father and other family members dispute circumstances under which she died and was buried.

They accuse Mr Kinara of attempting to cover up her death by “hastily” having her buried “without our knowledge”.

The family has gone to court to have her remains exhumed and another autopsy done.

The case was mentioned on Friday morning.

Mr Kinara said he did not stop the family from being involved in the funeral arrangements “but they pulled out and took me to court”.

“So I went ahead and buried my wife since the court had dismissed the case,” he said.

He added that had law enforcement, the courts or the medical examiner suspected foul play, he would be under investigations or in jail.

“My wife had diabetes and was also being treated for high blood pressure. Medical examiners suspect she may have had a diabetic bout while lying in the bathtub,” Mr Kinara said.

But he was at pains to explain the presence of blood in the bathtub.

“As a registered nurse, I know it is not unusual for blood to ooze from openings when a person drowns,” he said.

The case has attracted attention and triggered all sorts of conspiracy theories as there have been many cases of domestic violence in Kenyan families abroad.

Studies have shown that the long Covid-19 lockdowns have led to an increase in domestic violence.

Many Kenyan women in the US do not have proper documents and cannot report to the authorities when subjected to violence for fear of deportation.

Early in the week, a lobby said it was petitioning the Federal Bureau of Investigations to look into Ms Ongera’s death.

BRAVO! Kenyan Woman Appointed CEO of a US Communication Company