VIDEO: Kenyan suspected of murder in US believed he was killing the devil - Lawyer 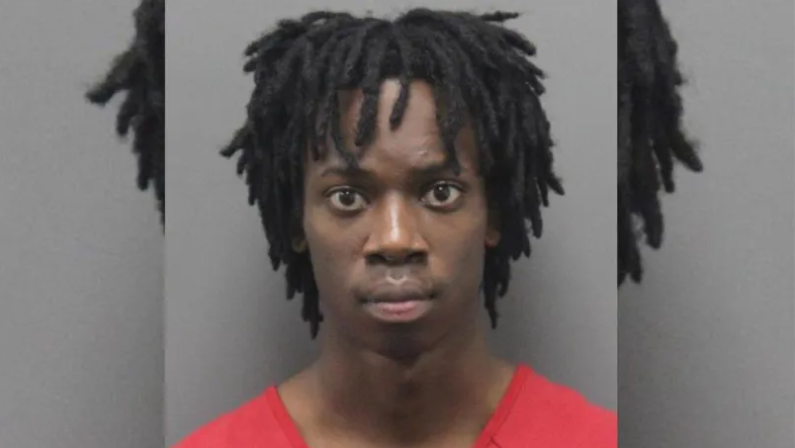 A Kenyan man accused of breaking down the doors of an upscale home in Leesburg in Virginia, USA, last November and murdering the man inside believed he was God on a mission to kill the Devil, his attorney has told the court.

Melvin Wasike, 23, of Fairfax, County, is also charged with attempted first-degree murder, aggravated malicious wounding, and breaking and entering while armed with the intent to commit murder, in the death the 46-year-old Robert Fadely, and stabbing of his fiancee in their home in the 40800 block of Newton Place, in the Barclay Woods community, south of Leesburg.

Wasike’s lawyer claims his client was schizophrenic and believed he was on a mission to stop the source of the voices he was hearing. Prosecutors, however, played home security camera video of Wasike from the day before the attack coming to the house repeatedly trying to get in.

At a preliminary hearing, Judge Matthew P. Snow ruled there is probable cause for prosecutors to seek a grand jury indictment of 22-year-old Wasike of Fairfax.

Fadely was killed and his fiancee, Laura Munoz, was wounded in a pre-dawn stabbing attack at the couple’s home on Newton Place in the Barclay Woods subdivision outside Leesburg on Nov. 14.

Wasike had never met or interacted with Fadely, according to testimony in court. Yet Wasike traveled from his home in Fairfax to the neighborhood because he was hearing voices and believed his father’s girlfriend lived nearby, according to Waskike’s defense attorney Robert Whitestone.

A Loudoun County Sheriff’s deputy called to investigate testified he pulled Wasike over and warned him to leave. Fadley declined to press charges as long as Wasike never came back, the deputy said.

But early the next morning the same security cameras caught Waskike kicking down the door, according to video shown in court. Wasike appeared to drop a large knife and then pick it up as he kicked at the door.

Fadely and Munoz were stabbed with what detectives described as a butcher knife. Munoz was injured during an attempt to fight off Wasike, according to testimony. She survived the attack and was among family and supporters in court Thursday to witness the hearing.

Body camera video played in court showed medics treating Munoz as Fadely’s body lay on the floor outside the couple’s upstairs bedroom where the attack occurred.

“My client thought he was God and was stabbing the Devil and saving the world,” lawyer Robert Whitestone said.

Maendeleo Democratic Party Leader on Why Kenyans should Vote Raila