VIDEO: Kenyan woman blocks road in Minnesota, causes a stir and tells off the police 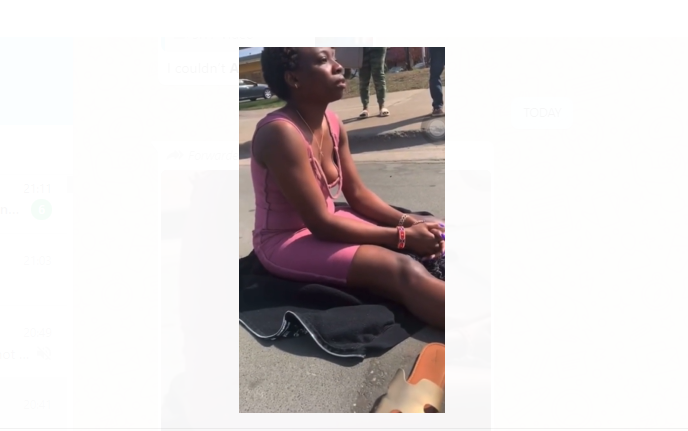 A Kenyan woman caused a stir in Brooklyn Center in Minnesota Monday where she says she was protesting against police brutality following the recent shooting to death of a 20 year old black man by a white police officer.

The man was identified as Daunte Wright.

The unidentified woman sat in the middle of the road, promting the police to seal off the area. Another woman is heard yelling obscenities as she wonders why more black people were not joing her in her protest.

At one point, the Kenyan woman tells the police officers to go back to their cars an stop staring at her.

Police shot and killed a Black man Sunday during a stop for a traffic violation, sparking protests and unrest in a suburb just miles from where George Floyed was killed during an arrest in Minneapolis in May.

The state mobilized the National Guard after crowds gathered in front of the Brooklyn Center Police Department on Sunday evening, and a curfew was ordered through Monday morning.

READ ALSO  Hellen Tolbert: Lady who washed toilets at Java House inspires many after starting own fashion design house
Related Topics:Kenyan woman in USNews
Up Next