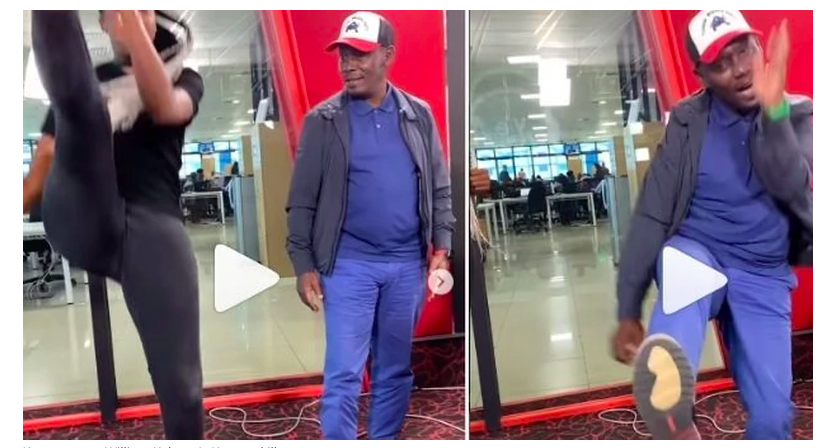 Former Kiambu Governor William Kabogo  lit the internet with a video of himself trying to do a front jump karate kick.

The video was filmed after an interview at Vybez Radio where the host Sheila Kwamboka challenged Kabogo to do the jump kick.

Kwamboka has made the move her signature morning routine, using it to entertain fans on her social media platforms.

“I had a really amazing conversation with the former governor Kabogo,” she said.

The politician had attended the interview to promote his newly formed Tujibebe Wakenya Party.

Why Ukoloni in Kenya exists to this day