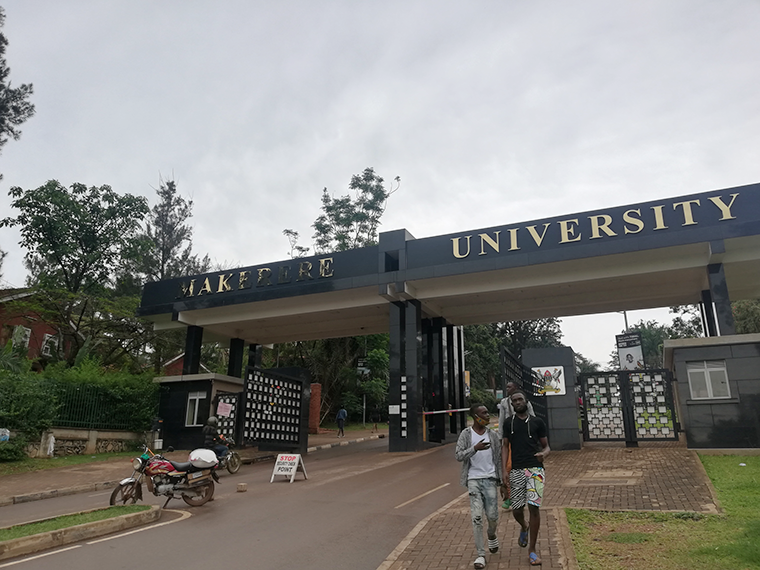 Two university institutions in Uganda have disowned a male student whose video recently went viral after he was seen publicly pleading with an unidentified woman, also believed to be a student, for forgiveness.

It is thought that the widely disseminated video was filmed on January 1.

According to Ugandan media, the man was forced to move to defend himself to the upset partner after engaging in acts of infidelity.

“I will always be submissive, I’m saying this in everyone’s presence, please forgive me,” the guy says in the video as the woman whose face is not seen sarcastically replies that it was “okey” and that she had already forgiven him so no need to talk.

If I reach on this stage please God take me… Such nonsense in Marystuart Hall Makerere pic.twitter.com/kitF4pIbJ6

The young man who has since been nicknamed “Mr Apologies” due to his simping behaviour does not seem to mind about the presence of other people in the room.

“Immy please. I’ve accepted to get embarrassed but I pray to God that he works his way out,” he says.

“I will always be submissive, I’m saying this in everyone’s presence, please forgive me,” he adds.

Campus Bee, a Ugandan publication had alleged that the man was a student at Makerere University, a fact that the prestigious university whose alumni include former Kenyan president Mwai Kibaki, has denied.

READ ALSO  Money made my husband ditch me, says Kangogo victim’s ex-wife
Related Topics:News
Up Next