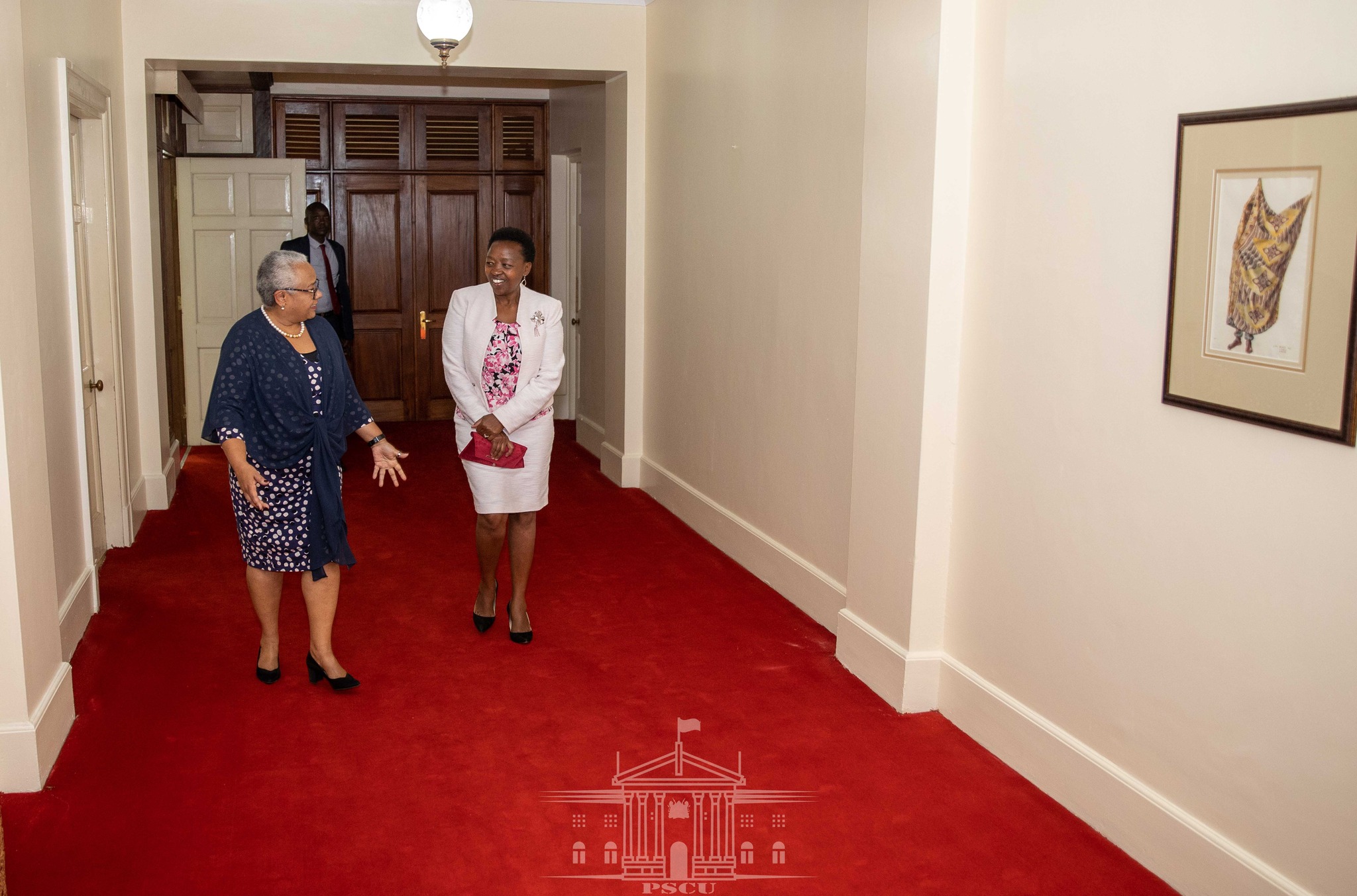 As President Uhuru Kenyatta held talks with President-Elect William Ruto on Monday, their wives Margaret and Rachel were taking a tour of the House in preparation for the formal transition which begins on Tuesday.

As the outgoing First Lady, Margaret had the honor of showing Rachel around the expansive residence taking her from one room to another.

The two walked around the house starting with the upstairs where Rachels’s new office and a visitor’s lounge will be located.

Rachel also met some of the staff who have been working for Margaret, who has stayed in State House since Uhuru got into power in 2013.

The two also toured the residential side of the House on the Hill, which is the official residence of the First Family.

READ ALSO  Fear as village is turned into dumping site for bodies
Related Topics:Margaret KenyattaNewsRachel Ruto
Up Next