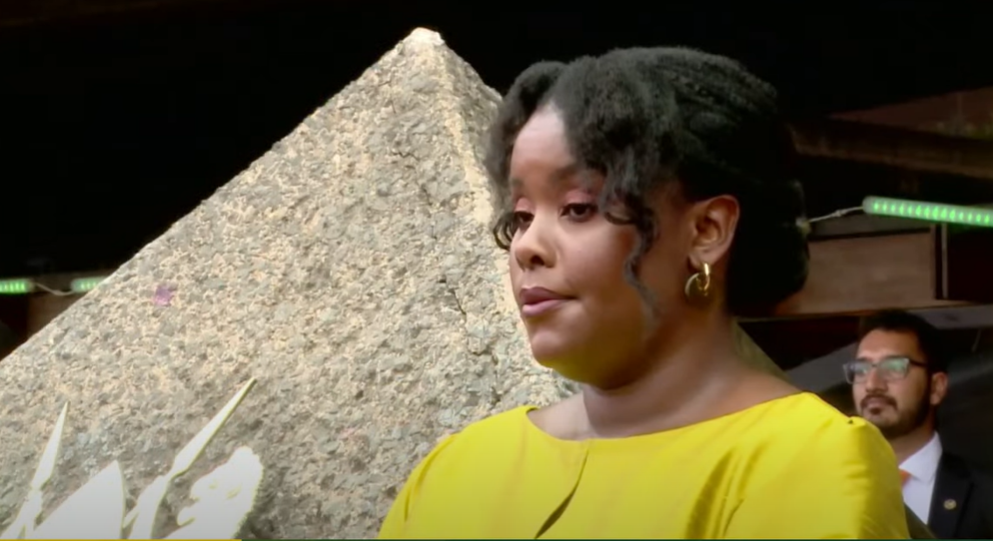 As Nairobi Johnson Sakaja was sworn in as the Nairobi governor Thursday, his wife Beatrice Sakaja stood behind him.

The two were accompanied by their two sons and one daughter. Beatrice wore a mustard yellow knee-length dress, black tights and low heels.

She prefers a low-key life away from the limelight, and that is why little is known about her. After Sakaja was sworn in, he took a family photo with his children and wife and they looked great; a happy family.

The 37-year-old Nairobi boss was accompanied by his three children; two sons and a daughter for his swearing-in ceremony. The youthful leader showed up at KICC with his two boys in sharp grey suits and his daughter in a pink sweater and adorable pink dress.

They walked with him on the red carpet as people clapped for them and took pictures while walking to their respective seats. While Sakaja has always been present in his kids’ life, he showed up with one of his boys during the August 9 voting day to cast his vote.

Photos shared by the outgoing Nairobi senator on Facebook depicted his son rocking dreadlocks, a white t-shirt and black trouser. The boy also accompanied Sakaja to the voting booth before helping place the marked ballot papers into the ballot boxes. He then posed for photos with him as the press captured the moment they were engaging in the process.