Owning a Car in My Second Semester at GVSU Feels Great 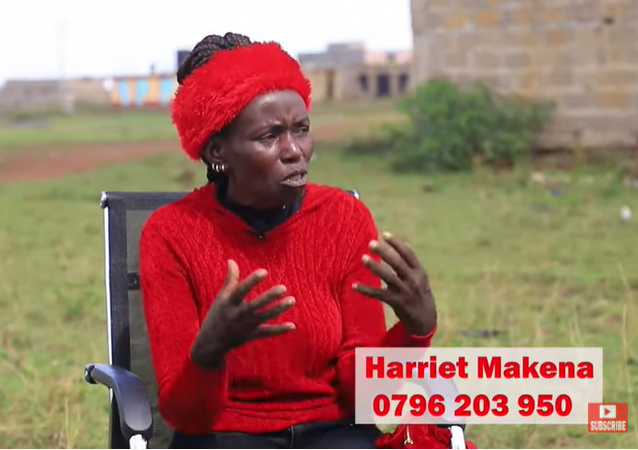 Kenyan woman Harriet Makena left the East African country for the US in August 2000, in the hope of leading a better life far away from home but things didn’t go as expected.

However, as fate would have it, she ended up running out osf atatus and was eventually deported from “the land of the free” after living there for 19 years.

In an interview with the Kenya Diaspora Media’s Jeremy Damaris, Makena, who hails from Tigania, Meru, shared her harrowing life experience.

Makena, a mother of two, revealed that she was married and left for the US for a conference together with her husband, who insisted that she stays behind and join a school, leaving her in the US alone.

She said that for the first six years, life was tough. She extended her visa three times and started doing different jobs, including babysitting and caring for elderly people. She saved every coin and even bought a house on a mortgage in Texas, US.

We had started paying for another one in Lavington but after I heard he had sired a child with another woman, I stopped paying,” she said.

Makena claims that her husband took over all her houses, leaving her with nothing. She says she was very generous during the years she was working and used to pay school fees for relatives, kids from her community and even neighbours’ children.

In her house back in Texas, she had sublet her home to a group of black Americans but were involved in illegal business, and she didn’t know. One day, the police showed up at her door, and Makena was arrested. “Waliniuliza kama nawajua nikawaambia walikuwa wanaishi hapo (police officers asked me if I knew them but I told them they used to I had rented them my house) but had left. I told them they were my tenants and I was on the FBI’s radar. They claimed I was trying to protect the guys and was finally arrested,” she narrated.

Makena said she didn’t have papers to stay in the country, and after she was released on bond, she was arrested by immigration officers.

She was later released on bond and rearrested again. “Nilikaa ndani almost miaka tano (I was in jail for almost five years). I was released on bond again,” she said. She was charged with conspiracy. Life in jail Makena said she met several Kenyans in jail, and after serving her term, she was taken to a detention centre for almost two years.

“I was later released in 2015 and a monitor was put on my leg which stayed for five years. I lost my house and cars after coming back from jail,” she said. Adding: “There’no job I could do or go anywhere and used to report at the immigration office every month.” She was taken in by a pastor after leaving jail because she had lost everything including her house.

“I was arrested three months prior to my deportation and later put on a flight back to Kenya,” Makena recalled.  Them Makena said she was shocked when she was informed that she was being deported. All her accounts were frozen after she was arrested. Makena deported “I had only four blouses, a phone, with no trousers,” she recalled.

In 2019 she jetted into the country and settled at a slum in Lang’ata with her in-law. Makena said she got so sick and went to hospital to hospital for treatment. She stayed in Nairobi for five months before going to see her mother and family members in Meru County. “My mom was happy to see me. She cried I cried with her…” she remembered Makena’s mom suffers from Alzheimer and she has been taking care of her. “Sikujengea my mom kwa sababu aliniambia nisaidie wengine.

Makena talks about her regrets Makena said she wished she bought plots of land and sell them later after things turned for the worst. The soft-spoken woman also said people make mean comments about her current lifestyle but he is strong and nothing can break her.

Nilirudi kwa hio nyumba tuu (I didn’t build my mom a decent house because she asked me to help others and not her. She still lives in a house made of timber and I live there),” she said: “Sitoki Hapa, Leo ni Leo”