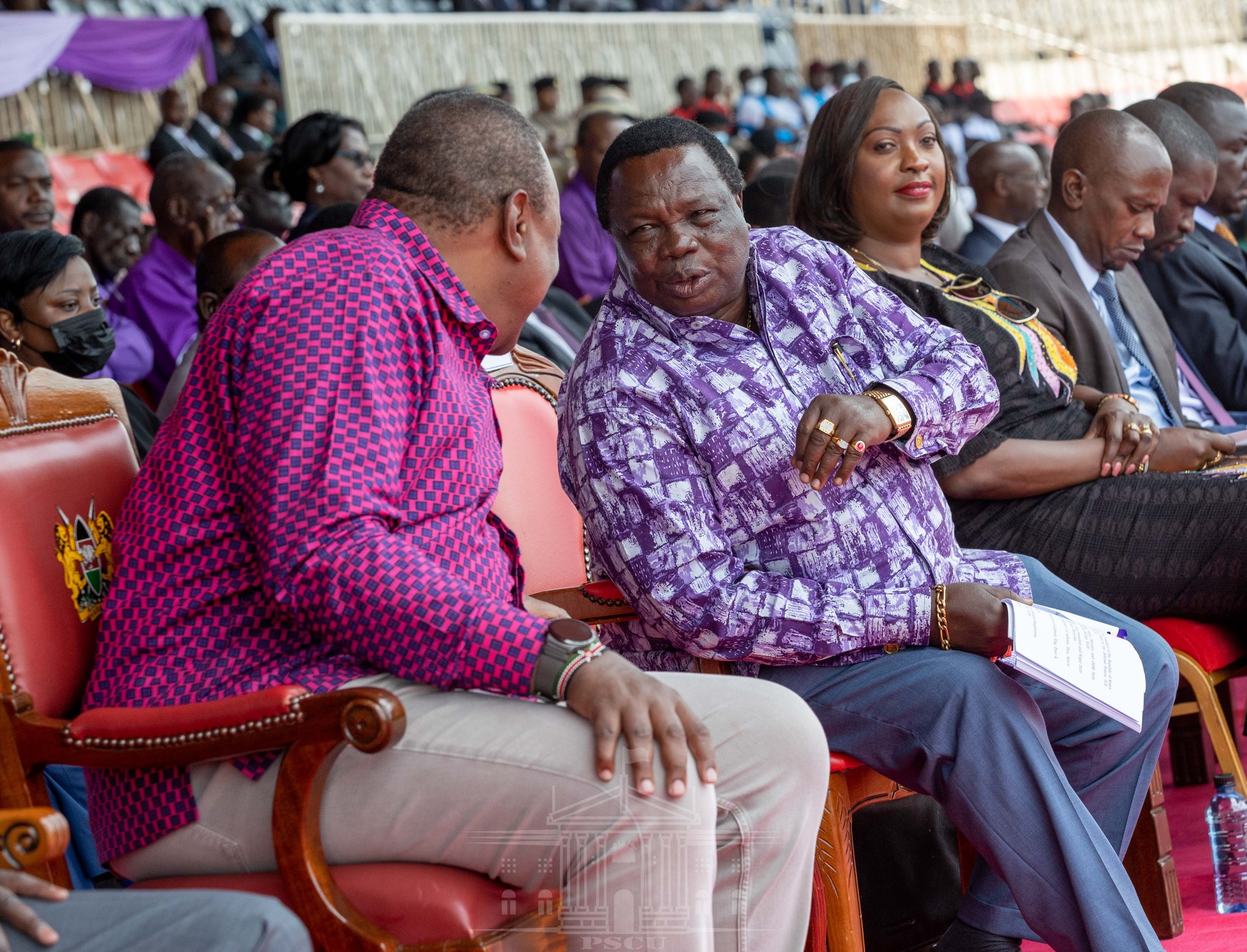 President Uhuru Kenyatta has announced a minimum wage increase of 12 percent with effect from today, 1st May 2022, “to cushion workers against further erosion of their purchasing power.”

Noting that for over three years there has been no review of the minimum wages while the cost of living has increased with inflation ranging between 5 to 6 percent annually, Kenyatta said the Government has found it necessary to increase the minimum wages.
“In that regard, and in full appreciation of the critical contribution of workers to the economy; following the recommendation of various stakeholders; as a caring Government, we find that there is a compelling case to review the minimum wages so as to cushion our workers against further erosion of their purchasing power while also guaranteeing the competitiveness of our economy,” the President said.
He spoke on Sunday at Nyayo National Stadium in Nairobi when he led Kenyan workers in marking this year’s Labour Day.
The Head of State lauded the role and resilience of workers in bolstering the country’s efforts to bounce back and build stronger after the Covid-19 pandemic.

While commending the country for remaining focused in the face of adversity such as the Covid-19 and the global rising cost of living, President Kenyatta castigated some political leaders for inciting Kenyans to blame the Government for the global challenges instead of offering solutions.

“Instead of coming out to offer solutions on challenges facing the country, you have made it your responsibility to go out there spewing insults which do not help Kenyans.

“Insults and empty promises will take you nowhere but hard work and the labour of your hands,” President Kenyatta told politicians.

On the global rising cost of living, the President assured Kenyans that the Government has taken sustainable measures to cushion the vulnerable, including the workers and farmers on the cost of inputs.

Citing the cost of fuel as an example, President Kenyatta said the Government has subsidized prices of petrol, diesel and kerosene making them the lowest in the region.

He pointed out that had the Government not protected consumers against the global increase in fuel prices, petrol price would have been approximately Kshs 173 per litre.

“But to cushion our people, the Government has had to pay Kshs 29 per litre as a subsidy. We have similarly subsidized diesel and kerosene. Currently, our diesel pump price is Kshs 125.5 a litre; the lowest price of diesel in our region and beyond secured by the government subsidy of Kshs 40.2 per litre,” he said.

In this regard, President Kenyatta warned that stern action will be taken against oil marketers who sell the subsidized fuel outside the country.

He also asked the private sector, as key partners of the state in the economic development journey, to make re-adjustments that secure the elusive balance between profitability and sustaining the wellness of their labour force.

The President also pointed out that the various economic stimulus packages rolled out by his administration over the last two years have helped Kenyan families to cope with the challenges arising from shrinking opportunities as a result of the COVID-19 pandemic.

“Unlike the private sector that declared redundancies that led to retrenchments, the public sector maintained its workforce at pre-Covid levels,” the President said.

He encouraged workers to embrace positive energy to continue powering the country’s development by building, believing and being champions of the Kenyan Dream.

President Kenyatta commended groups like the Jua Kali artisans on Ngong Road, Kamukunji and Kariobangi who came together to form a company worth Kshs 250 million.

He also cited the Government’s Kazi Mtaani initiative that benefited over 500,000 young people as an example of positive energy

“From the Kazi Mtaani initiative, 1,266 youth groups were organically formed. Of these groups, 1,025 have benefited from commercial loans and our affirmative action funds,” the President said.

The Head of State also appreciated Kenyan workers in the diaspora for remitting approximately Kshs 375 billion every year.

He also took the opportunity to congratulate former Togo Prime Minister Gilbert Houngbo for being elected as the first African Director General of the International Labour Organization.

Speaking at the event, CS Chelgui thanked President Kenyatta for his leadership which ensured that workers and employees were protected during COVID-19 pandemic.

“Your Excellency, the programmes that you laid down including the reduction of Pay As You Earn (PAYE), the reduction of Value Added Tax (VAT) and payment of stipend to those who lost jobs went a long way in protecting the Kenyan people and workers,” CS Chegui said.

He also pointed out that Kenyan workers have been at the forefront in supporting the implementation of the Government’s Big 4 Agenda.

On his part, Mr. Atwoli commended the President and his Government for supporting the Kenyan worker especially by creating a conducive environment for the manufacturing sector to thrive despite challenges brought by the Covid-19 pandemic.

Federation of Kenya Employers Executive Director Jacqueline Mugo expressed gratitude to all the stakeholders in the labour movement for working together as partners to promote the interests of the Kenyan workers.

Kenyatta was received at the Stadium by thousands of enthusiastic Kenyan workers and the entire labour movement leadership in the country led by COTU Secretary-General Francis Atwoli, Labour CS Simon Chelugui and Nairobi Governor Anne Kananu.