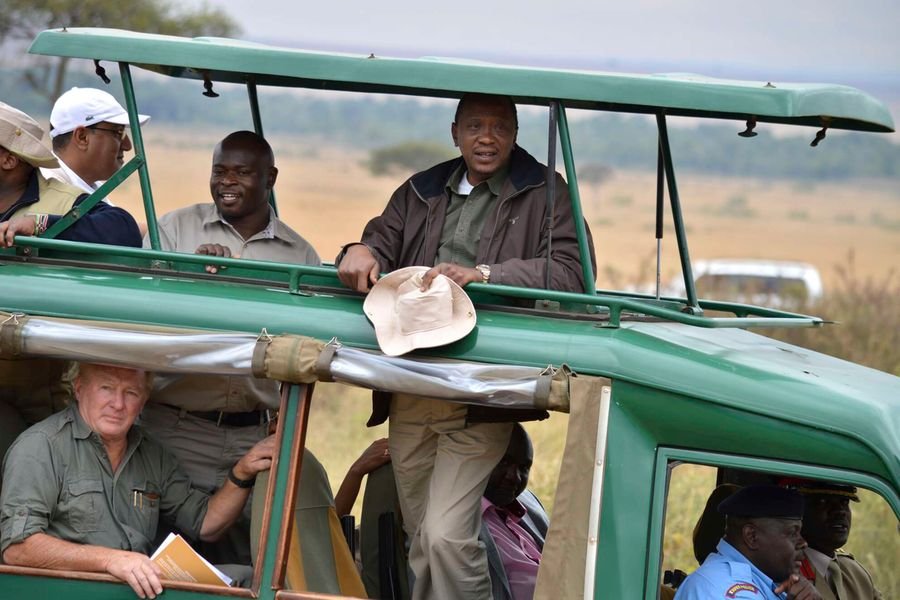 A video of the former president Uhuru Kenyatta driving by himself in a gray ISUZU D-Max Double Cab has surfaced online.

He is seen wearing a dark-colored headgear and a jacket. Uhuru was traveling in a vehicle with several other people.

He slowed the car as he neared some bikers, smiled at them, and greeted them as they extended their hands in his direction.

He greeted them smilling: “Habari yenu.”

He continued, “Hi… You are travelling around… All around Kenya. I hope you are having a good time,” said ex-President Kenyatta.

The delighted Kenyans were overjoyed to meet him and greeted him with great excitement.

They even told the former president they were strolling around with a motorbike made in Kenya.

Excited, the fourth president said he would join them later in their adventure.

“Mimi nitakuja kuwajoin (I will also come and join you later),” stated Uhuru.

The chit-chat between the former commander-in-chief and his subjects was short and sweet before he drove off.