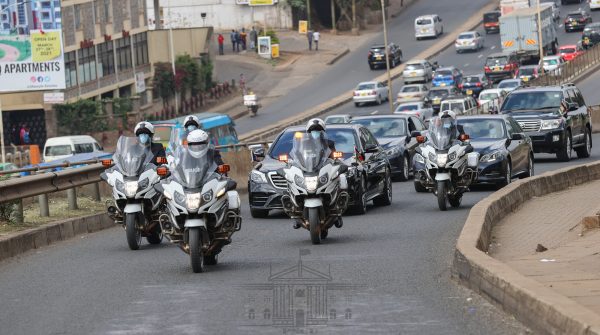 President Uhuru Kenyatta today led heads of all arms of Government in conveying their condolences to the President, the Government and the People of the United Republic of Tanzania following the death of President John Pombe Joseph Magufuli.

The Head of State led a high-powered delegation consisting of the two Speakers of Kenya’s bicameral parliament Justin Muturi (National Assembly) and Ken Lusaka (Senate) as well as acting Chief Justice Philomena Mwilu to the residence of Tanzania High Commissioner in Nairobi where they paid homage to the departed Tanzanian leader.

President Kenyatta, who was also accompanied by Cabinet Secretaries Fred Matiang’i (Interior), Adan Mohamed (EAC), Amina Mohamed (Sports) and Margaret Kobia (Public Service), expressed Kenya’s solidarity with Tanzania as the country comes to terms with the loss of its leader.

“We have come to join you in affirming our solidarity with you at this difficult time. We want you to convey our personal condolences and those of Kenyans to President Samia Suluhu Hassan.

“We are praying for her. We want you to assure her of our support and that the good work our brother (President Magufuli) had began, we shall continue with it,” the President told High Commissioner John Stephen Simbachawene who received him.

President Kenyatta recalled the historic brotherly relations Kenya has had with Tanzania saying whatever happens in the neighbouring country also affects Kenyans. 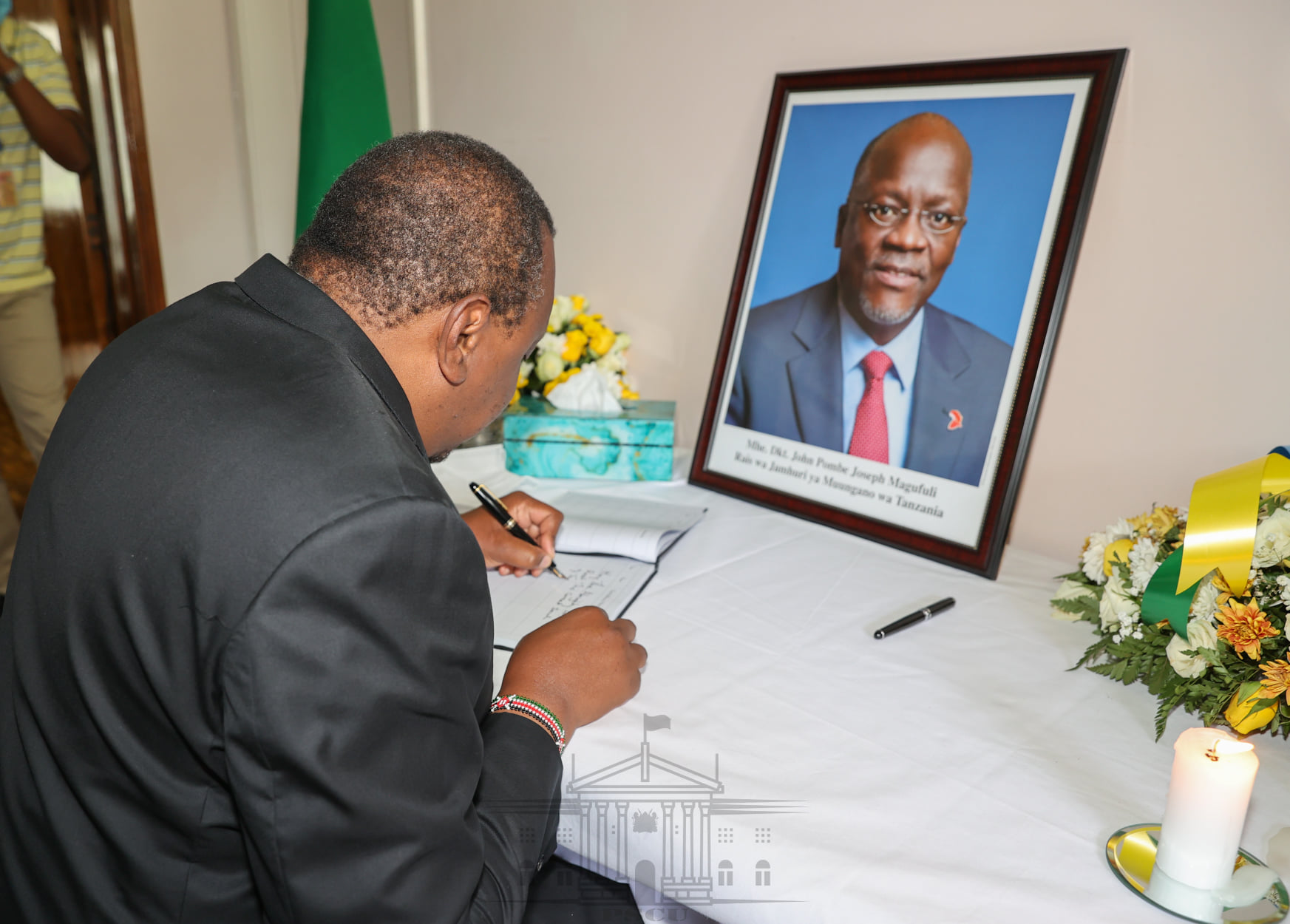 He recalled how Tanzania’s founding father President Julius Nyerere was ready to postpone his country’s independence until all other East African countries were also granted their freedom.

President Kenyatta, who was also accompanied by Kenya’s Head of Public Service Dr Joseph Kinyua, eulogized the late President Magufuli as a true Pan-Africanist who sacrificed a lot to ensure economic development not only for the citizens of Tanzania but also for East Africa and the African continent at large. 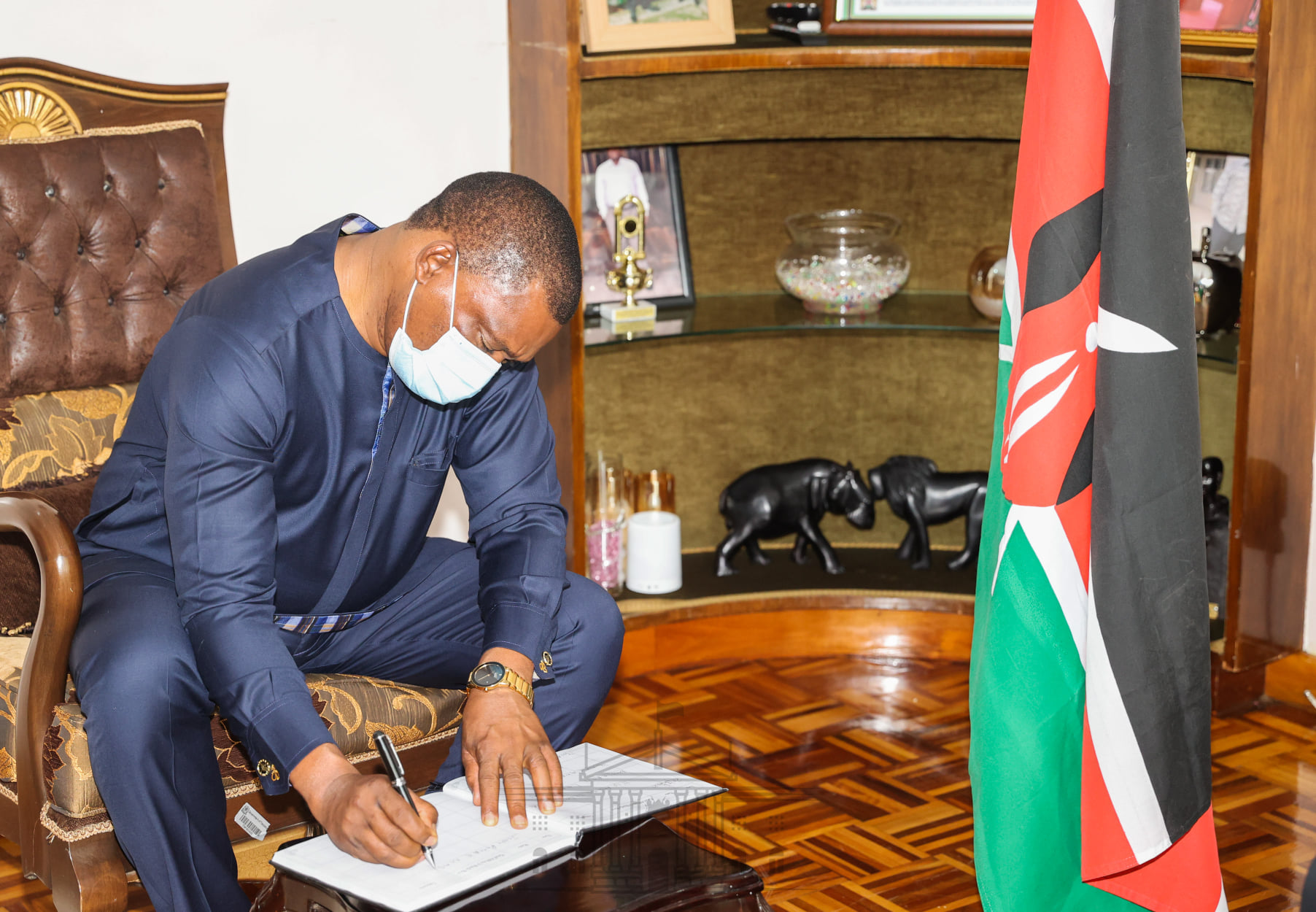 “We are here to mourn and comfort you for loosing a leader who was a true friend. He was not only committed to Tanzania’s wellbeing but also for the East African region. It is unfortunate we have lost him,” President Kenyatta said.

National Assembly Speaker Justin Muturi and his Senate counterpart Ken Lusaka gave messages of condolence on behalf of the two chambers saying they stand with Tanzanian citizens at this trying moment.

Acting Chief Justice Philomena Mwilu said the late Tanzanian leader lived a sacrificial life and passed on at a time when the Catholic faithful are observing lent which is a period of denying self for the good of others.

“He served God and we appreciate that as a devoted Catholic, the late President passed on at a time when we are observing lent.

“On behalf of the Judiciary and the entire justice system, receive our condolences,” Justice Mwilu told High Commissioner Simbachawene.

On his part, the High Commissioner expressed his gratitude to President Kenyatta saying his declaration of seven days of mourning demonstrates a spirit of true brotherhood between the two nations.

“We are very encouraged and comforted by your messages of condolence. We have lost our leader and a great friend of Kenya and also your personal friend. We thank you for demonstrating your love for Tanzania and the East Africa region,” Amb Simbachawene said.

The envoy assured the President and his delegation that he will personally deliver their condolence messages to President Samia Suluhu Hassan.

Senate and National assembly speakers Lusaka and Muturi said assemblies have set time apart to mourn Magufuli and re-call his efforts in re-uniting the region.

Acting CJ Mwilu said Magufuli was a staunch leader but urged Christians to accept the will of God, saying Magufuli’s death happened during lent.

“We are together. We will stand in unity during this time. Pass our condolences to Suluhu. We are praying for her as a leader who is taking over during such difficult times,” said Uhuru.

Uhuru said Kenya and Tanzania will work together to finish Magufuli project.

Magufuli died on March 17, 2021 due to a heart failure, according to the official government statement. Samia Suluhu Hassan, whoi was sworn in on Friday, replaces him as the sixth President of the East African nation.