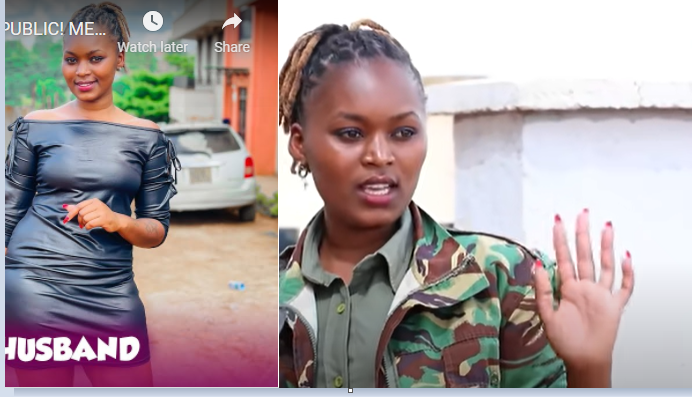 Mary Wanunu, the beautiful cop based at Kiambu Prisons, who has become a social media celebrity thanks to what some of her admirers refer to as “irresistible” beauty, has finally declared that she is off the market.

Wanunu, 24, has revealed to Youtuber  Mungai Eve that she has finally met face-to face with her US-based boyfriend with whom they first met on Tik-Tok.

“We had a big bash at Hotel Kempinski and I really love him. I can’t fall for any other guy and he is the one with whom I would like to spend my life with,” she said, albeit declining to name him or post any of his images.

The mother of one has been posting photos and videos slaying at work and away from the office, prompting Netizens to crown her the hottest cop in Kenya right now.

Besides being a popular figure on Instagram where she has thousands of followers, mainly consisting of thirst men, she is also active on Tik-Tok where she treats men to juicy thirst traps through hot dance movies. Watch the interview here:

You will need Covid-19 vaccination certificate to enter supermarkets, banks