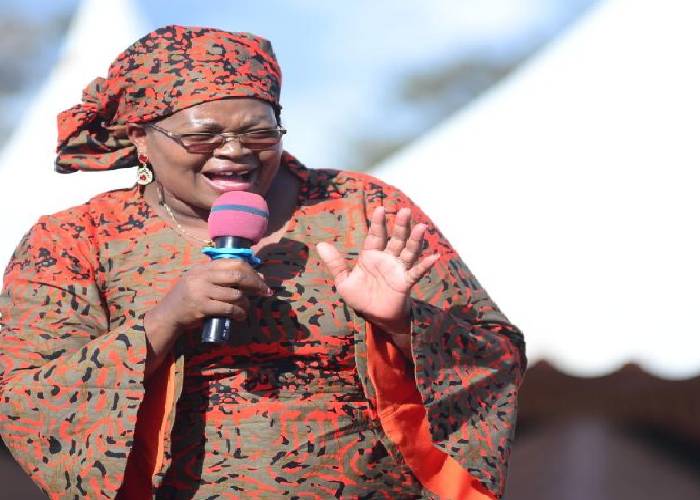 Maragwa MP Mary Wamaua was at the centre of drama at the Kasarani stadium after she accused security detail at the Azimio la Umoja convention of mishandling her.

The DP’s ally in a video clip is heard accusing the plain cloth security officers of shoving her away despite being an elected leader.

“Na mkifika State House, itakuwa namna gani? Tunataka watu ambao wamenyenyekea. Mimi mjumbe amechaguliwa mnaniskuma kama viazi? Tutapatana kwenye debe (So how will the situation be when you get to State House? We want humble people. Why are you roughing me up yet I am an elected leader? Let’s meet at the ballot),” she was heard saying.

The legislator was recently welcomed by Deputy President William Ruto to his nascent UDA party. The Jubilee MP announced that she had ditched the ruling coalition in favour of Ruto’s party.

What has killed DP Ruto’s Chief of Staff