VIDEO: Why I blocked Uhuru’s motorcade 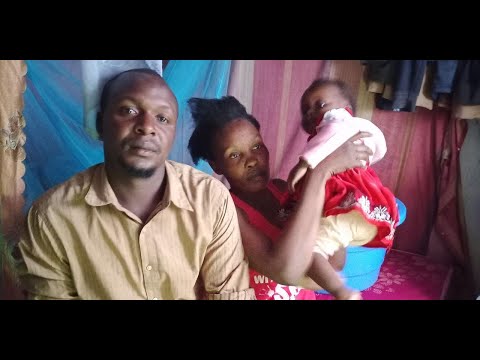 It was a brazen move. One that was unexpected, even reckless.

When Kefa Agoka flung himself on the road, blocking President Uhuru Kenyatta’s official vehicle at Nairobi’s Lucky Summer in Ruaraka on Wednesday, his handlers were caught by surprise.

The Head-of-State was touring a newly built slaughterhouse in the area when Mr Agoka did the unthinkable.

In the ensuing confusion that was captured on camera, the President’s outriders and a police officer rushed to drag Mr Agoka out of the way, as the President watched the drama from several feet away.

The move came just days after another man, yet to be identified, attempted to approach Mr Kenyatta as he delivered a speech during the launch of a new seaport berth in Lamu County.

Now, both incidents have triggered debate about the President’s security.

This reporter traced the father of three to Ngomongo in Ruaraka, where he is now a local hero, and asked him why he did such a risky thing.

“I was desperate to talk to the President about my problems. I wanted to ask him to help me to secure a job,’’ Mr Agoka said.

That morning, Mr Agoka had learnt from his neighbours that the President would be visiting the area.

“I knew this was my golden opportunity to talk to him. I pray for the President every day. That’s why I was confident enough to stop his convoy,” he said.

In the video clip that went viral, Mr Agoka is seen standing on the roadside in a group of cheering residents. Moments later, he dashes in the path of the President’s vehicle. When his security personnel rushed to rough him up, the President, who was seated at the front, intervened.

READ ALSO  Former Kenyan ambassador to the US is dead

“He told them: Wachana na huyo kijana (Leave that man alone). They only pushed me to the roadside,” he told Nation.Africa.

“Tutaongea (We shall talk),” the President promised him as the motorcade sped off amid cheers from the crowd.

While his aim of chatting with the Head of State may have been thwarted, the incident has elevated him to prominence – at least in his neighbourhood. 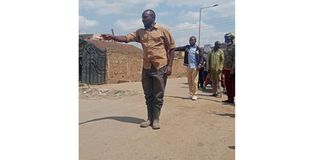 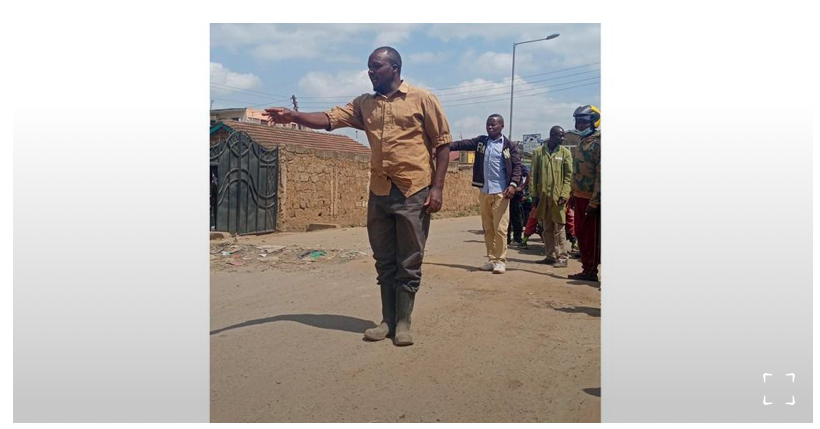 Didn’t he fear for his life? Not after life has thrown so many curveballs at him, he said.

“I don’t have a job, yet I have a family to fend for. I work as a casual at construction sites. Sometimes I stay away when I have nothing to take home to my children,” Mr Agoka said.

When the Nation.Africa team visited him, he was wearing the same pair of gumboots and the beige shirt he had worn the day before.

His wife Lydia Bosibori is also jobless and stays at home with their one-year-old baby. On a good day, she gets menial jobs in the neighbourhood to supplement what her husband brings home.

Like hundreds of poor Kenyans in the city’s informal settlements, the couple lives in wretched conditions — in a 10ftx10ft single room in Ngomongo. The only notable items in the room are a three-seater sofa set, a 4ft×6ft bed and a few items in the cooking area.

Besides a bottle of the baby’s drink and leftover ugali, there were no signs of food in the house.

“‘We haven’t had power for several days now. It was disconnected because we couldn’t pay the bill,” Mr Agoka explained.

Earlier this week, his son had been sent home for school fees and was only allowed back to class after the video clip surfaced.

“The headteacher sympathised with me and allowed him back to class (on Thursday). I’m not sure how I will pay the school fees, but I am hopeful something will come up.’’

Unable to support all their three children, the couple sent their first-born son to live with his sister in Kericho.

Seated on the bed with his wife, their faces were weighed down by despair. Mr Agoka hopes Mr Kenyatta will make good his promise to invite him for a talk.

When I asked about his skills and the kind of job he is looking for, he said he had studied computers before dropping out of driving school for lack of school fees.

“I am ready to take up any job that will help me to fend for my family,” he said.