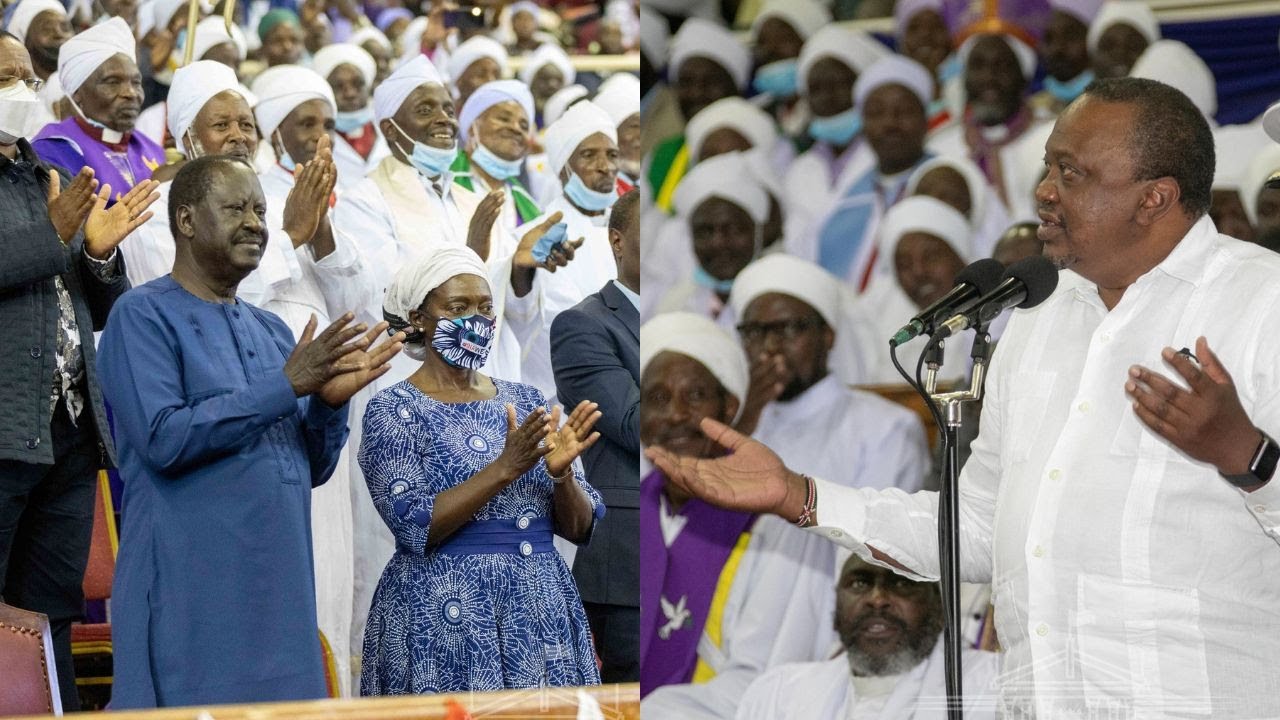 This was so despite the presence of Raila Odinga, the contender for the Azimio la Umoja-One Kenya presidential seat and Martha Karua, the running mate. The president has always openly talked politics during his previous interactions with the church, so this was different.

Instead, President Kenyatta stated that he would choose another day to provide the church political guidance.

But he disrupted his speech briefly and requested Raila and Karua to speak to the congregation.

Five State appointments and a title document for a five-acre plot of land in Naivasha municipality worth Sh100 million were given to church members by the president.

In recognition of the church’s assistance during his political career, the president made a personal donation of Sh11 million to fund its projects in the country.

Given that the Akorino Church never shies away from speaking on politics, Uhuru was expected to dig into his succession race.

He has, however, appeared to step back from succession politics, which contrasts with earlier occasions like on March 12, when he went to the Kenyatta International Convention Centre (KICC), Nairobi, to witness Raila being crowned as the Azimio la Umoja-One Kenya flagbearer before a large public rally at Jacaranda grounds.

According to a source close to the White House, the president’s advisers persuaded him to avoid taking a prominent stance in the campaigns for fear of retaliation.

The source, who requested anonymity due to the sensitive nature of the subject, added that “The other fear is that should he have the baggage of the incumbency, it will be easy to mar Raila’s campaigns and thus dim his chances of succeeding him.”