VIDEO: Yaron Kathuri's burial preparations budget met and exceeded: Here is the date and venue of the Memorial Service 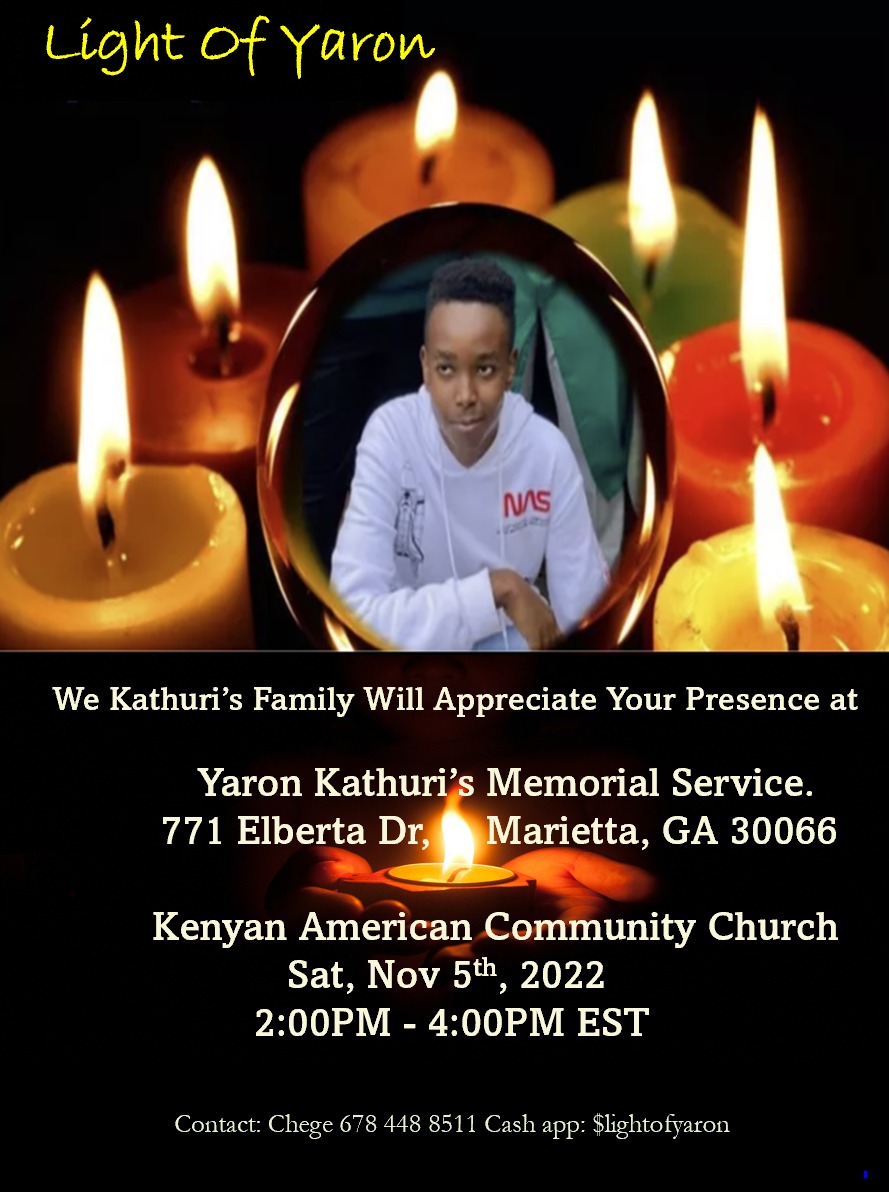 News of the 17 year old teen’s disappearance and the subsequent discovery of the body shocked the family and the Kenyan community in Atlanta, USA, and beyond.

As information spread through the social media and other media outlets, many well wishers reached out to the family, offering  prayers, comfort and even financial support.

“As we speak, the target budget has been met and exceeded,” Said Yaron’s father, Andrew Kathuri, on Thursday evening.

The family expects around 700 people to show up for the memorial, including the news media.

Yaron’s body  was found October 22nd by the private investigator the family had hired behind a mall in a reservoir well outlet with the same clothing that he was last seen.

“His body is undergoing autopsy at the GBI to determine the cause of death,” said Mr Kathuri.

The family appreciates every prayer that has been made, texts, phone calls and even personal visits to their home in Douglasville Georgia.

READ ALSO  Ksh 8M raise in 72 Hrs for Kenyan Sule Kangangi who died racing in US
Related Topics:
Up Next