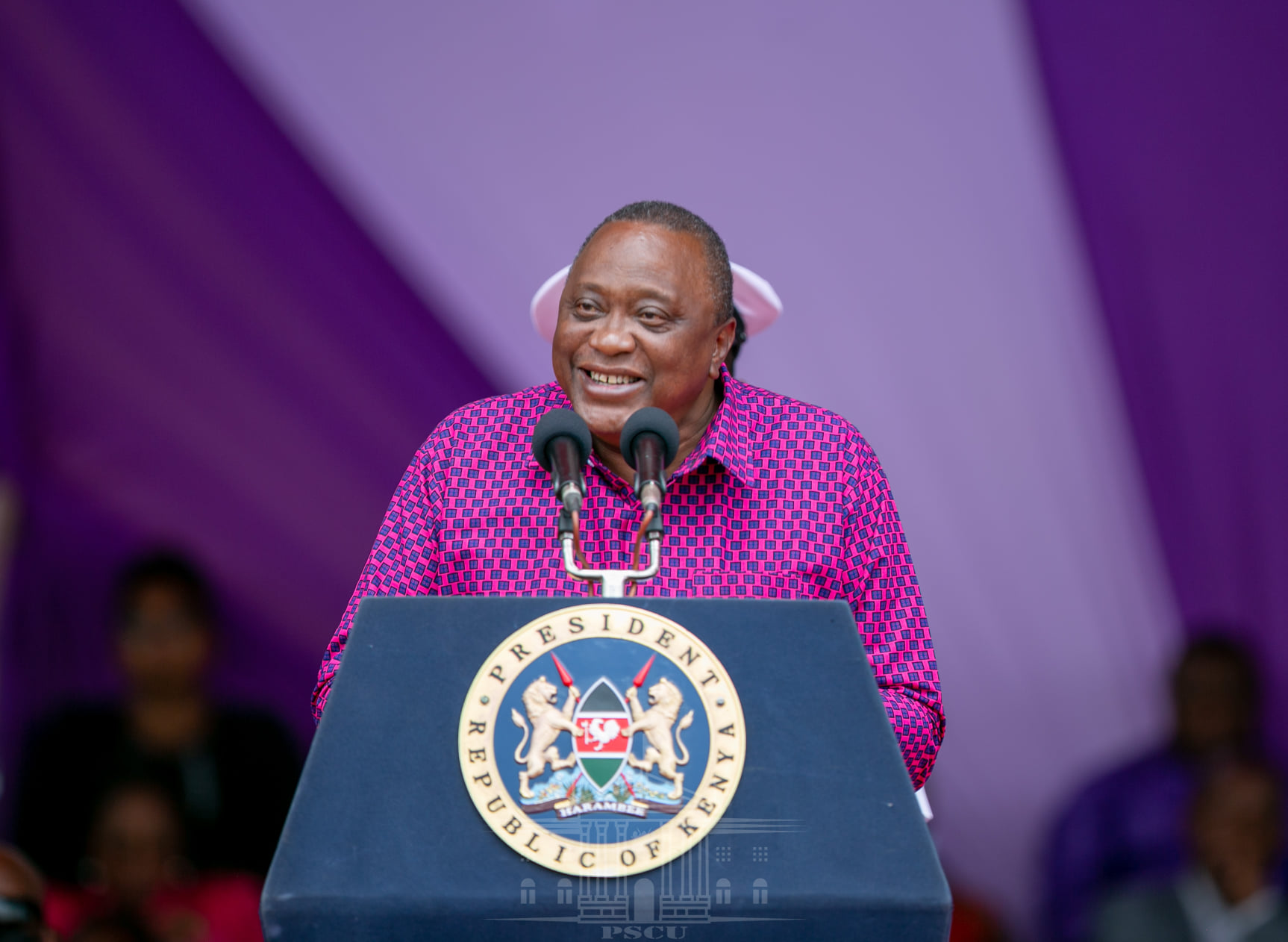 President Uhuru Kenyatta has wondered why his deputy, William Ruto, did not resign and let him appoint another deputy to help him run the country and accused him of abandoning him at his hour of need and instead resorted to campaigns.

Addressing the 57th International Labour Day celebrations at the Nyayo National stadium on Sunday, Kenyatta complained of an absentee deputy, saying he abandoned Kenyans and instead resorted to attacking his administration over claims high cost of living.

“Instead of helping me end the situation you are all over in the market places inciting people to ask me about the situation.

“Why didn’t you then resign and leave me to search for a person who could help me?” the president posed.

He said it was time to tell the truth, explaining that Azimio presidential flag bearer Raila Odinga is the one who came to his aide.

“Let’s tell one another the truth. You know these problem were not brought by us – Covid-19 pandemic and the high fuel prices. Where were you when I needed you most?” he posed.

He pointed out that he had no reason but to reach out to Mr Odinga for advice following challenges facing the country.

“That’s why I thank that old man (Raila). Even if he had his own issues, I thank him because he came to my aid,” the president said.

He went on: “That is the truth and he knew that was not anybody’s problem but the country’s problem and the whole world.”

But Dr Ruto in his response to president Kenyatta on his Twitter handle where he also posted part of President Kenyatta’s speech at Nyayo Stadium, the second in command appeared to tell his boss to blame himself for the numerous issues bedevilling the country.

He blamed the Head of State over what he termed as reassigning other individuals his roles and resorting to work with Mr Odinga.

“Sorry my boss. I feel your pain. Those you assigned my responsibilities and ‘project’ mzee have let you down miserably. They bungled our big four (agenda), killed our party and wasted your second term. Wao ni bure kabisa (They are useless). Boss, I’m available, just a phone call away. Sadly the last cabinet was two years ago,” the DP wrote.

The relationship between President Kenyatta and his deputy has bee rocky for a while now.

The President was received at the Stadium by thousands of enthusiastic Kenyan workers and the entire labour movement leadership in the country led by COTU Secretary-General Francis Atwoli, Labour CS Simon Chelugui and Nairobi Governor Anne Kananu.