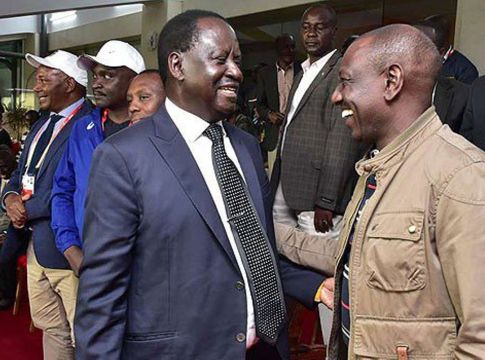 Deputy President William Ruto has called his political nemesis, ODM leader, Raila Odinga, a hypocrite saying that he should stop behaving as if he is poor.

This as Odinga continued to question the source of hundreds of millions of shillings “he dishes out every month.”

Ruto also admited that he is wealthy. “I am rich and I want Kenyans to be rich too” he said.

READ ALSO  Biden wants KRA to spy on American companies
Related Topics:NewsRaila vs Ruto
Up Next

Jacque Maribe shares photo of her father and Dennis Itumbi