VIDEO:Magistrate dismisses claims his life is in danger 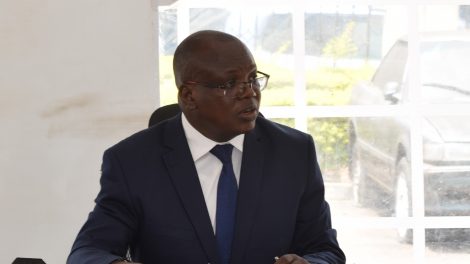 Nairobi chief magistrate Francis Andayi has termed as ‘ridiculous’ media reports suggesting he’s asked for his security to be beefed up following the murder of a senior National Land Commission (NLC) official who was a witness in a case before him.

“Honestly for somebody to go out there and write that I requested for security is ridiculous. I said that a witness who was in the stand passed on in the middle of the proceedings and it is the first time that a witness who is actually standing has passed on,” he noted.

“I never said anything about (my) security. That is speculation which is not good. Kindly report factually on what transpires in court because it also inspires confidence from all members of the public.”

Andayi, of Milimani law courts, said he and the court and members of the public depended on the court and therefore have to be assured that the court is proceeding properly.

The magistrate said he has never sought security since he started working and is not looking forward to doing it.

Andayi added the death of Jennifer Wambua will not stop the case.

“What has happened is sorry, we are bitter. But that will not distract us from proceeding with the case. The investigations are underway by competent authorities and I believe they are going to get to the cause of this death,” the magistrate said.

“And I believe that it is the desire of not only all of us here but everybody else out there just like in the case of death of any other person, why she would meet her death in such circumstances.”

Wambua was a witness in the case where Lungari MP Ayub Savula, his two wives, and former ICT PS Sammy Itemere among others are charged with Sh122 million fraud.

She had testified and was awaiting cross-examination by defense lawyers.